Why America Must Answer Freedom's Call

An Essay by Nicole Bibbins Sedaca, Fellow in the Human Freedom Initiative at the George W. Bush Institute

America's role as a leader in supporting democracy outside of our shores directly impacts the freedoms Americans enjoy. Current news stories should be a reminder of both the very real challenges to democracy and the global desire for freedom.

The daily news is replete with articles about challenges to democratic values and institutions around the world – from Venezuela to Congo, Saudi Arabia to the Philippines. At the same time, there are countless stories of courageous individuals fighting valiantly for freedom and justice – from Hong Kong to Hungary, Sudan to Algeria.

The world seemed to celebrate successive “wins” for democracy just a decade or two ago. But today’s mixed picture has shaken some people’s confidence in democracy and raised questions about the need for American support for democracy. As Americans consider the role that democracy support should play in our foreign policy, it is essential to understand why we see these two parallel developments in the world today and what impact that should have on our long-standing commitment to support democratization globally.

There are indeed many factors challenging democracy. Authoritarian leaders – including in China and Russia – are actively seeking to undermine the message of democracy, to sow seeds of doubt among citizens living in democracies, and to present an alternative model of governance and economic development.

Russia’s repeated interference in the elections and democratic processes of the United States, Baltic states, and numerous Western European countries illustrates its commitment to weakening democracies. China’s global economic engagement and continued violation of human rights at home have intentionally presented an alternative model for political and economic development – one that is untethered from universal values and norms.

Governments and citizens alike assumed that democratization would deliver economic development immediately, and this frustration is straining the long process of democratization in many countries.

Likewise, the effects of rapid globalizations – particularly increased migration and refugee movement, technological changes, and diversification of societies – have put a strain on consolidated democracies, such as the United States and Western Europe, and countries that are in the third decade of democratization, such as Eastern European countries like Hungary and Poland.

These challenges are real and cannot be overlooked. But they are not the whole story.

We see very encouraging developments, which point to the one very clear, unwavering reason why we still see courageous people in the streets asking for their freedom. The human spirit longs for freedom, and this longing is not unique to any region or people: it is universal.

We see very encouraging developments, which point to the one very clear, unwavering reason why we still see courageous people in the streets asking for their freedom. The human spirit longs for freedom, and this longing is not unique to any region or people: it is universal.

While the pushback and reversals are real, so is the continued desire globally for freedom and democracy. Challenges to democracy can and should be expected. A system that promotes accountability, citizen input, and transparency is a direct threat to authoritarian leaders, and it is no surprise that they would seek to counter it.

Likewise, democracy is not perfect; it does not guarantee immediate economic development, nor does it guarantee that diverse societies will have easy answers to domestic and global challenges. A mature, functioning democracy does, however, still provide the best framework to respond to citizen needs and a platform for working through challenging, pluralistic views.

Challenges to democracy can and should be expected. A system that promotes accountability, citizen input, and transparency is a direct threat to authoritarian leaders, and it is no surprise that they would seek to counter it.

The answers are not easy but the process to get to effective, sustainable, just answers is most effective in democracies. We cannot guarantee that there will not be complex global challenges in the world; we can, however, work to build systems that will allow us to address these challenges effectively.

Now is not time for democratic nations or those who long for the freedom of democracies to declare defeat or to retreat from supporting democracy around the world. The answer to each of the challenges the world is facing is not less democracy; it is more. No system has proven itself more effective in providing a platform for accountable, checked, rules-based responses to public policy issues.

As the United States seeks to promote its economic and security goals around the world, it is essential that the United States has partners that have free and fair environments for commercial investment, effective rules-based security measures against illegal actors, and promote stability at home. Democratic nations are the best partners to support these goals. Democracies do not produce refugees and migrants fleeing conflict. The greatest sources of instability, insecurity, and humanitarian concern are those with undemocratic governments.

At the same time, the United States’ responsibility and opportunity to support democracy is not born out of a perfect record on democracy at home or abroad, or a false notion that these are uniquely American ideals. Quite the contrary. It is born out of the humble and humbling lessons of how democratic processes have brought justice and freedom where it was lacking at home and around the world. And it is born out of a desire to respond boldly and responsibly to the courageous activists who are demanding of their governments the very freedoms Americans enjoy daily.

Today’s news stories should be a reminder of both the very real challenges to democracy and the global desire for freedom. These should be a clarion call for those who enjoy freedom to protect and defend liberty where it is threatened. 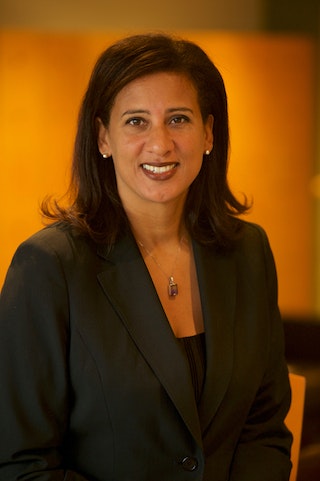