People of Faith are Collaborating to Combat Hatred

An Essay by James Patton, President and CEO of the International Center for Religion & Diplomacy

The Quakers believed in finding "the light of the divine in the other." During this era of demonizing people who hold beliefs and opinions that differ from our own, people of faith can lead the way in solving our differences.

An interfaith commemoration of September 11 outside the Temple Judea in Coral Gables, Florda, in 2016. (Shutterstock)

In 2012, the Pew Research Center reported that 84 percent of the world’s population was affiliated with a religion. In today’s numbers, that amounts to roughly 6.5 billion human beings. If even a fraction of those believers were to collaborate in tackling some of the world’s great problems, the effect would be remarkable.

We already have seen the difference some people of faith have made on reducing violent conflict in tension-filled places around the world. They have come together across creed and doctrine to confront prejudice, counteract sectarianism, support reconciliation, and promote formal peace agreements.

One interesting example of interfaith engagement is an exercise called scriptural reasoning, exemplified by the Cambridge University Interfaith Program. The initiative brings together theologians from Islam, Judaism, and Christianity in a regular study of each other’s sacred texts.

Many scriptural reasoning groups exist around the world, gathering clergy and lay people to look at each other’s scriptures through the eyes of a believer in those texts, and seeking common themes and points of resonance between traditions. The initiative also seeks to encourage a deeper understanding of the role those three Abrahamic faiths play in the larger secular world, delving into how they might shape the public sphere.

We already have seen the difference some people of faith have made on reducing violent conflict in tension-filled places around the world. They have come together across creed and doctrine to confront prejudice, counteract sectarianism, support reconciliation, and promote formal peace agreements.

Beyond the reach of diplomats and even the military

Beyond this kind of scriptural engagement is the concrete work being done together across faiths to confront and overcome some of the great challenges faced by the human community.

The organization I lead, the International Center for Religion & Diplomacy (ICRD), looks at this very question as we partner with believers of all faiths to advance peace. We do so because the influence of religious, ethnic, and tribal identities is often greater than that of governments in many parts of the world. The kinds of engagements necessary to mitigate conflict and reduce violent religious extremism often fall beyond the reach of traditional diplomatic or military engagement.

In Pakistan, for example, we have collaborated with religious leaders from different Islamic and Christian communities. The national and local participants work as one to heal the divisions that have resulted in significant hatred and violence in their country.

Pakistan suffers from deep sectarian tensions, but these leaders have created a counter-narrative to sectarian prejudice. Their message debunks the religious arguments some make using sacred texts to sow divisions. They have taken their message to the public through traditional media articles, television appearances, preaching, and hosting meetings in local communities.

An interfaith demonstration against extremism in Karachi, Pakistan in 2017. (Shutterstock)

The collaborative efforts have had a tangible impact. In the sacred month of Muharram, Shi’a Muslims conduct an important ritual on the 10th day, known as Ashura. Accompanied by public processions, this day historically has been a major flashpoint for sectarian violence. In the areas where ICRD had worked on the counter-sectarian violence project, there were no incidences of violence. In January 2018, the government of Pakistan announced a fatwa (a ruling on Islamic law) signed by 1,800 scholars that condemned sectarianism and other forms of extremist hatred and violence.

Similarly, we have convened Islamic and Christian scholars and faith leaders to explore the roots and impact of Islamophobia. These talks were held at different times in the United States and emerged from a 2014 gathering of conservative U.S. and Pakistani Christian and Muslim leaders in Nepal.

During that discussion, they focused on the mistreatment of religious minorities in one another’s countries. American Christians were particularly concerned about the treatment of Christians in Pakistan and the Pakistani Muslims were concerned about rising Islamophobia in the United States. It became quickly evident that these perceptions led directly to a cycle of increased persecution. They made a commitment then to strive to decrease religious prejudice in each country.

In Colombia, the site of the longest-running war in the Western Hemisphere, we have worked with indigenous and Christian religious women to train them in the art of reconciliation. Many of these women were victims of the brutal violence that has marked Colombia. But they are setting aside their own pain and are learning how to help heal the relationships around the conflict. As they do so, they are supporting the reintegration of former combatants into communities that have been torn apart by conflict.

All along, their faith has played a key role. In one session, a discussion with former combatants was going poorly, and emotions were raw. A group of Christian women took a break and went into the rooms of the convent where they were staying and came back dressed in bed-sheet robes. The women began to enact a passage from the Gospel of John, where the adulteress is dragged through the streets and thrown in the dirt in front of Jesus. The authorities goad Jesus to order her to be stoned, as the law requires. But he instead delivers the well-known line, “He that is without sin among you, let him first cast a stone at her.”

The women then talked about how they, as followers of Jesus, should act when confronted with unrepentant perpetrators of violence. This allowed them to overcome the challenges in communication and return to the dialogue with fresh inspiration. Of particular interest was the final statement of the biblical story, which is less frequently quoted: “Go now and do not sin again.” For those assembled, both Christian and indigenous, this passage resonated as a necessary part of reconciliation and as a promise to not repeat the conflict of the past.

This session helped victims of violence open themselves to the idea of pardon. It also created a foundation for the discussion of restitution, and framed the vision of a reintegrated society. In fact, the religious reflection allowed for common values from the pre-Colombian indigenous traditions and the Christian tradition to be more clearly articulated, strengthening the collaboration between these groups.

A time of reciprocal prejudice

Sadly, much of today’s hateful rhetoric comes from those who claim to be religious people. There is a sacred Hadith in the Islamic tradition, a saying of The Prophet Mohammed (PBUH), in which he is asked, “Who, O Messenger of Allah (is not a believer)?” He replied: “One whose neighbor does not feel safe from his evil.”

We live in a time of “reciprocal prejudice,” where negative rhetoric and group conflict spiral ever more out of control, feeding one upon the other like the wind feeds a fire. That rhetoric, whether from political leaders, social and traditional media, or civil movements, reinforces deep divides across the globe. And these divides are justifying terrible things: demonization of beliefs, dehumanization of whole cultures, and violence against entire communities of people.

We live in a time of “reciprocal prejudice,” where negative rhetoric and group conflict spiral ever more out of control, feeding one upon the other like the wind feeds a fire.

Arguments are no longer about differences in ideas, but about the value ascribed to a person or group because of those ideas. In fact, the authenticity of one’s commitment to belonging in a group is often judged based upon the extent that they reject others.

The alternative may be as simple as disregarding the presumptions we have about one another, to reach across differences, and to seek what the Quakers call “the light of the divine in the other.” At our organization, we believe there is more that binds us together than pulls us apart. But the only way out is to participate in difficult conversations and relationships of change, even with those whom we abhor. Otherwise we risk becoming what we abhor.

Religious leaders and adherents of various faiths are uniquely positioned to advance these dialogues. They are called to transcend our basest instincts of fear, hatred, and violence. They also aspire to divine qualities of empathy and healing. As a result, they have an obligation to mobilize and collaborate with one another in support of a restored community. That includes here in the United States, where we are not immune to religious and other divisions.

In a recent article,  John Wood Jr., director of media development at Better Angels, reflected on Dr. Martin Luther King’s teachings. He wrote that: “The Beloved Community, of which Dr. King spoke, is not merely one where violence is absent, but one where love is present and pervading. The way to achieve such a community is to allow people the greatest leeway to repent of their prejudices and to grow into more charitable human beings. To restrict our capacity for forgiveness and redemption is not to counter the force of racism in our society, but perversely and unintentionally, to enable it.”

It is in listening and being heard that we encounter the humanity of the other and dispel the hatred and fear that corrupt our spirits and cause our compassion to decay. Sometimes the challenge seems insurmountable, but for that reason we can take heart in the fact that we have an enormous number of religious faithful in the world with whom we might create common ground, each doing their part.

In the Jewish wisdom tradition, in the book of Perkei Avot, it states “you are not obligated to complete the work, but neither are you free to desist.” It is not easy, but it is in recognizing ourselves in the other that we will quench the flames and regain the world. 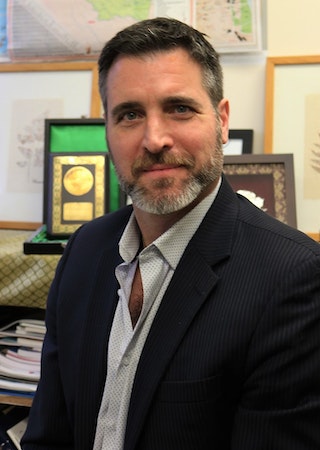