Global Stability Depends Upon Opportunities for Young People to Thrive

The young people of the world carry limitless potential. But challenges in many countries pose a threat to that potential and require immediate global attention.

By 2050, one-third of the global youth population will be living in sub-Saharan Africa, like these girls living in Zambia in 2013. (Paul Morse / George W. Bush Presidential Center)

In terms of population, the world stands at a crossroads. Despite declining fertility rates in many countries, there are more young people alive today than at any point in human history.

More than 40 percent of the global population is under the age of 25,  which includes over 700 million young people in the Asia-Pacific region alone. And by 2050, the population in Africa is expected to double in size, with one-third of the global youth population living within sub-Saharan Africa.

These are more than just population statistics. This period in a person’s life is instrumental in preparing them for the future – from individual and social development, to becoming more aware of the world and all that the transition to adulthood entails.

As the 2018 Gates Foundation Goalkeepers report notes, “If young people are healthy, educated, and productive, there are more people to do the kind of innovative work that stimulates rapid growth. This helps explain the amazing progress of the past generation in most of the world, and it is the key to spreading that progress everywhere.”

Innovation has elevated people’s expectations, but enhancing human development is only meaningful if people have the agency and ability to make and exercise choices.

Though they may be the generation with the greatest access to information, technology, and civic advocacy, today’s youth also contend with high levels of unemployment, cyclical violence, and marginalization. Without the support and outlets for active participation needed to pursue pathways to success, opportunity can quickly devolve into volatility.

Though they may be the generation with the greatest access to information, technology, and civic advocacy, today’s youth also contend with high levels of unemployment, cyclical violence, and marginalization.

As demonstrated across history, the well-being of citizens has a direct impact on a country’s long-term prosperity.

Yet for many young people, poverty, health challenges, corruption, and abuse continue to destabilize their futures. These factors also create wider regional and global insecurity. With limited options and opportunity, desperation and disenfranchisement have pushed some young people to join gangs and extremist organizations. Or they have forced others to flee their homes, crossing internal and external borders in the pursuit of safety and stability.

According to the Organisation for Economic Co-operation and Development (OECD), the risk of poverty has dramatically shifted from those over the age of 65 to those between the ages of 18 and 25. Despite being the most educated generation to date, over 70 million young people across the world are unemployed, and millions more find themselves in precarious or informal work.

The International Labor Organization estimates that 156 million youth in low- and middle-income countries are living in poverty despite both formal and informal employment. Over 50 percent of youth in the 2017 World Economic Forum’s Global Shapers Survey cited the lack of economic opportunity and employment as the most serious issue affecting their country today.

Jobs alone will not be sufficient to allow youth to flourish. Issues related to dignity, injustice, access, and corruption can all contribute to a sense of disenfranchisement and isolation.

For many youth across the globe, higher education is seen as an important key to success — and is essential to modern, technologically advanced economies — but is out of reach due to cost or biased social norms. Youth also see lack of access to education as a major driver of inequity.

If quality secondary and tertiary education remains the privilege of the wealthy and middle class, then that reality will maintain income disparities between the rich and the poor. For others in places like the Middle East and North Africa, the education they do have offers limited and mismatched skills to the needs of the market and their aspirations.

Though notable gains have been made in the fight against HIV/AIDS, young people remain disproportionately affected. Globally, youth make up one third of the total population living with HIV/AIDS. More than half of men under the age of 35 across Africa do not know their HIV status nor are they on treatment. And adolescent girls and young women remain at the greatest risk — representing 75 percent of new infections in certain regions.

A systematic review of international surveys of violence against children found that approximately 1 billion children between the ages of 2 and 17, or more than half of the world’s population in that age group, had experienced some form of violence. And youth are the segment of the population that is most likely to be recruited into fighting forces.

The severe harm that is done has long-lasting implications on individuals and their societies. In addition, the highest estimated rates of homicide in the world are found among men 15-29 years of age. Survivors of violence are more likely to experience spells of unemployment, absenteeism, and to suffer health problems that affect job performance.

Without support, these daunting realities faced by so many young people worldwide contribute to and catalyze larger challenges for society.

Most of the roughly one third of today’s youth who are not in employment, education, or training are women. Unemployment rates are higher for women than men in every region of the world, often due to unequal social and cultural norms, the burden of domestic work and childcare, and lack of access to equal educational opportunities.

Girls are almost two-and-a-half times more likely than boys to be out of school if they live in conflict in affected countries, and young women are nearly 90 percent more likely to be out of secondary school than their counterparts in countries not affected by conflict.

Assault, exploitation, and abuse against adolescent girls and young women remains one of the most widespread challenges of our time. Every 10 minutes an adolescent girl dies as a result of violence, often at the hands of those closest to her. And nearly 15 million girls have experienced forced sex in their lifetime.  Girls represent every two-out-of-three child-trafficking victims.

And each year, 12 million girls are married before the age of 18, grossly inhibiting their well-being and the well-being of their families and communities. Complications during pregnancy and childbirth are the leading cause of death for 15-19 year-old girls globally. In some countries, violence against women and girls accounts for an estimated GDP loss of 3.7 percent — a financial impact equal to nearly double of what most governments spend on education.

Investing in our future

Despite the sizable barriers facing many young people, they are an essential influence on long-term progress. We need to treat them as such. Greater investment in programming that directly supports youth populations by both public and private sector institutions can yield tremendous impact.

Additionally, increased inclusion and engagement of youth in decision-making processes, and in visible and meaningful ways, is equally as vital. Young people have something to say and their perspective matters, especially when it comes to increasing social inclusion and community resilience.

Greater investment in programming that directly supports youth populations by both public and private sector institutions can yield tremendous impact.

Sadly, youth participation in policy-making is often approached with indifference or complete exclusion. Over half of the young people surveyed in the World Economic Forum’s 2017 Global Shapers Survey “somewhat disagree” or “strongly disagree” with the statement: “In my country, young people’s views are considered before important decisions are taken.” The trend persists across all gender and age groups and remains strong across regions.

Public and private sector leaders must do a better job to ensure young people have a chance to actively contribute to key decision processes at local and national levels. In places like Namibia,  influencers like First Lady Monica Geingos have prioritized the participation of students and educators in advocacy and policy-oriented efforts. Her inclusive approach has had a tremendous impact in opening up lines of communication and representation, disrupting stigma, and fortifying progress on issues like HIV/AIDS, cyclical violence, and education.

Lastly, greater attention and prioritization of advocacy and action to prevent and address gender inequality worldwide, especially for young women and adolescent girls, is long overdue. In the words of Bush Institute WE Lead Scholar Aseel Honein, “To effectively address gender equity, we need to start with younger generations to expand the mindset that girls can do whatever boys can do.”

Programs like the Determined, Resilient, Empowered, AIDS-free, Mentored and Safe (DREAMS) partnership, which was launched by the President’s Emergency Plan for AIDS Relief (PEPFAR), and the Digital Citizen Fund, which was founded by Presidential Leadership Scholar Roya Mahboob, are working to eliminate deeply-entrenched structural drivers that directly and indirectly limit the potential and well-being of adolescent girls and young women.

With the aim of reducing rates of HIV among adolescent girls and young women in the countries with the highest burden, DREAMS is delivering holistic programming, grounded in evidence-based approaches. This includes looking beyond the health-sector and delivering resources and programming that tackle interconnected issues like gender inequality, sexual violence, lack of education, and poverty. By increasing access to technology and virtual connections, the Digital Citizen Fund is removing physical and social barriers to support women and girls in emerging economies so they can obtain the skills to succeed in the global marketplace.

From Millennials to Gen Z, young people represent a generation of limitless potential. As the innovators and influencers of tomorrow, they also emulate the opportunity we face today. We will all benefit by doing a better job of ensuring young people everywhere have the support and access to thrive. 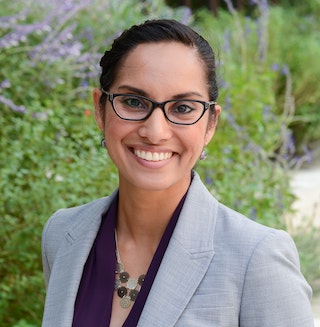