International Trade Changed My Country — Let's Keep It That Way

An Essay by Juan Jose Daboub, Former Minister of Finance for El Salvador and Former Managing Director of the World Bank

Developing nations thrive on free trade to grow their economies and strengthen their countries.  El Salvador now has a chance for a Free Trade 4.0 agenda.

For developing nations like my home country of El Salvador, free trade is one of the fundamental components of successful, inclusive growth. Open markets allow nations like mine to take advantage of world demand to export local production. And they allow them to import knowledge, raw materials, and capital.

I have seen both at play in my country, which started opening up to free trade arrangements in 1990. Our textile industry, for one, survived because we gained access to new markets. And capital from other countries reached a high of 10 percent of El Salvador’s GDP in 1998.

Before 1990, though, El Salvador had a closed economy with high government intervention and internal conflict. After the 1990 election, a new government pushed to open the economy by, among other things, lowering tariffs. The reforms allowed the economy to expand by an average of 4.7 percent in the first five years. Exports of nominal goods and services increased by 19 percent. And formal employment, driven by exports, expanded by more than 7 percent throughout the decade.

Reforms continued in the 1990s, as the government implemented new public policies to open private investment in the telecommunication, electricity, and pension sectors. Along with a reduction in tariffs, education opportunities broadened, capital markets started, productive clusters began to develop, and free trade agreements were negotiated. Equally important, fiscal discipline remained and monetary policy lowered inflation to one digit.

As a result of these policies, El Salvador’s poverty rate dropped to 45.6 percent by 2000. That was down from 65.9 percent in 1992. As an International Monetary Fund study of Central America reported, El Salvador experienced inclusive growth between 1991 and 2009.

The Dominican Republic-Central America Free Trade Agreement (DR-CAFTA) was central to this growth. The negotiations began in 2003, and El Salvador was the first country to sign the treaty in March 2006.

Put simply, DR-CAFTA expanded the reach of our economy. The textile industry that eventually survived could have easily gone under after China joined the World Trade Organization in 2001. At the same time, U.S. textile import quotas were eliminated and Asian countries became an attractive market for textiles.

Put simply, DR-CAFTA expanded the reach of our economy. The textile industry that eventually survived could have easily gone under after China joined the World Trade Organization in 2001.

Over a five-year period, maquiladoras in my country lost more than a billion dollars in contracts to Asian countries and a 50 percent cut in jobs in Salvadoran textile maquiladoras. Those factories, by the way, were our largest employer.

Instead of the results being catastrophic, DR-CAFTA opened up new opportunities. So did an industrial policy that helped transform our textile industry. Now, 12 years after El Salvador signed the treaty, textiles continue to occupy first place in our economy. In 2018, we even exported more than $3 billion worth of textile products.

Turning away from free trade

I point out these advantages because, in 2009, El Salvador started turning away from the trading policies that had helped it grow. A new government and its policies made it harder to take advantage of DR-CAFTA. Leaders in the FMLN party retreated from our democratic gains and filed an unconstitutional appeal on DR–CAFTA. The new government’s leaders also opposed linking Salvador’s currency to the dollar and promoted a greater participation of the state in the economy.

Until then, risk-rating agencies such as Moody's granted El Salvador a high-enough investment grade rating that we were only the third country in Latin America with such recognition. By 2018, we had lost that standing.

I point out these advantages because, in 2009, El Salvador started turning away from the trading policies that had helped it grow. A new government and its policies made it harder to take advantage of DR-CAFTA.

In fact, the Heritage Foundation’s Index of Economic Freedom showed El Salvador slipping from being ranked as a “mostly free” nation in 2005 to being rated “moderately free” in 2019. And El Salvador went from 56th in the 2005 Global Competitiveness Index of the World Economic Forum to 108th in 2018. We suffered a setback in all the pillars of that index: infrastructure, institutions, human capital, innovation, and health.

It also was during this time that foreign investment started curtailing. Capital from abroad fell from 9 percent of GDP in 2007 to -0.61 three years later. The drop-off reflected the diminishing confidence investors had in the government.

Fortunately, a new government is now in power. And it has the chance to use the tools of DR-CAFTA to promote exports and attract investments. In June of this year, Nayib Bukele came into office showing signs of reestablishing relations with the United States as a trading partner. His government is also promoting business investment. And 2018 Central Reserve Bank surveys indicate that workers of Salvadoran exporting companies and foreign investment companies are receiving salaries that are more than twice the minimum wage.

The Fourth Industrial Revolution, which is being fueled by technological revolutions, opens employment opportunities that can be promoted and exploited through DR-CAFTA. Despite the recent adverse environment, more companies of greater value have created and expanded operations, seeking to take advantage of the productivity of Salvadoran workers. These include air-maintenance services that benefit U.S. airlines, remote business services, and 3D design services.

The Fourth Industrial Revolution, which is being fueled by technological revolutions, opens employment opportunities that can be promoted and exploited through DR-CAFTA.

All of this points to the possibility of Free Trade 4.0 for El Salvador. E-commerce stands to grow with greater demand for personalized products through web services. Companies that have the talent and technological expertise can develop their online work. And international cooperation that promotes a new trade agenda can help El Salvador create employment opportunities and reduce migration.

We have small and medium enterprises that can develop their online trade capabilities. They also can apply their industrial know-how to efficiently supply the American market.

To make this work, we need to adopt robotics and artificial intelligence that allow our companies to compete more quickly. As we do, we can create stronger links with growing market niches in the United States and expand their operations. Of course, this will require keeping our workers trained so they have First World knowledge.

To make this work, we need to adopt robotics and artificial intelligence that allow our companies to compete more quickly. As we do, we can create stronger links with growing market niches in the United States and expand their operations.

If we do these fundamentals right, we can match up with the characteristics that the Commission for Growth and Development found to exist in economies that, since 1950, have sustained growth of more than 7 percent and for more than 25 years. The five key factors in play in the 13 economies that achieved such an impressive level of growth were market economies, open economies, macroeconomic stability, high investment and savings, and leadership with credible and capable governments.

From a developing nation’s perspective, trade will help us realize each of those factors. Open trading relationships provide the chance to change the trajectory of a nation like mine. Let’s keep it that way. 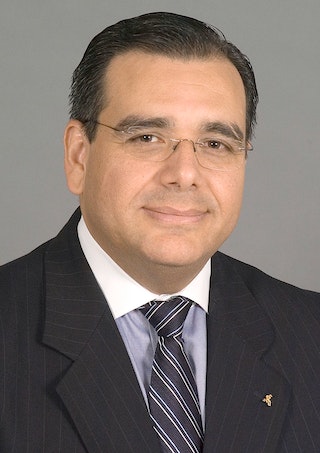