Human Rights is the Forgotten Issue in U.S. Foreign Policy

We can probably all agree that the Trump administration has taken a unique approach to North Korea, including the president’s recent stepping over the border into the country. But what we should be hoping for is that the approach leads to an elevation of the role that human rights plays in U.S. foreign policy.

For a number of years, the primary focus of U.S. policy towards North Korea has been on the security threat. Specifically, we have focused on conventional deterrence of a second North Korean invasion and denuclearization of the country.

On the first of these objectives, Washington and Seoul have successfully deterred a second attempt by the North to invade the South as it did 69 years ago. On the second, however, despite agreements in 1994 and 2005, North Korea has not been denuclearized. Indeed, its arsenal has only grown over time as evidenced by the 20 missile tests and one hydrogen bomb test during President Trump’s first year in office.

Their only place was in the bilateral working group between the United States and the Democratic People’s Republic of Korea (DPRK). The working group grew out of the 2005 Six Party Talks Joint Statement, a multilateral negotiation on denuclearization involving the U.S., Japan, China, Russia, and the two Koreas that ran from 2004 to 2008. The bilateral group was tasked with discussing the obstacles that stood in the way of normalization of political relations between the two countries.

At the top of the North Korean “to-do” list was the many economic sanctions levied by the U.S. against the country. On the U.S. list were North Korean missiles, the forward deployment of DPRK conventional military forces, and human rights.

But we never had an explicit discussion about human rights. The primary vehicle for raising North Korean human rights abuses has been the U.S. Congress. In March 2004, Congress passed House Resolution 4011 which, among other things, called for the appointment of a special envoy dedicated to the human rights issue.

Even then, the envoy did not have a real role. When negotiations on the nuclear issue were proceeding, policymakers did not want to raise the human rights issue for fear of crippling the diplomatic momentum. The effectiveness of the envoy was also complicated by the politics of our ally in Seoul. Progressive governments in South Korea opposed pushing hard on the human rights issues.

The one voice on human rights in the U.S. government who tried to make an impact was President Bush. His metric was not to free all North Koreans because this was not a practical goal. Instead, the idea was to make some sort of measurable improvement in the lives of North Koreans and to spread knowledge about the problems to the broader international community.

There was no greater soapbox for this than the Oval Office. President Bush became the first American chief executive to meet with North Korean defectors. The administration did not want to negatively impact nuclear negotiations or upset our ally in Seoul, so the White House only released a photo of the meeting with a simple caption saying that the U.S. president welcomed a North Korean defector. But once the picture was released, it spread like wildfire across the international media.

When the president of the United States takes up an issue, it becomes international at a level unlike that which any NGO or other group could possibly match. The president told the stories of these people to other world leaders at the G-8 or at the UN General Assembly. Soon, North Korean human rights abuses became a well-known issue among all of the world leaders.

The United States since has taken other specific measures, including starting the first refugee resettlement program outside of South Korea; food assistance programs; children's vaccination programs; and increased funding for radio broadcasting into the country.

Most important, these efforts gave those inside the country the hope that someone was listening and trying to help. As one defector stated, “If America does not stand up for the abused people in North Korea, then what other country in the world would even care?”

As one defector stated, “If America does not stand up for the abused people in North Korea, then what other country in the world would even care?"

First, North Korea’s addressing human rights abuses can create credibility of commitments. What I mean by this is that there are many obstacles to implementing a denuclearization deal with North Korea, but perhaps the most important one is the lack of credibility with regard to North Korean actions and statements.

Pyongyang has violated past agreements so many times that no one really believes their commitments any more. Even if they were to freeze their nuclear tests and offer to dismantle their facilities, no one believes the commitment is real and long-term. There is a basic problem of credibility.

Second, addressing human rights abuses is necessary to implement denuclearization. Simply put, any future denuclearization agreement that the Trump administration negotiates with North Korea will require stringent verification measures. These measures will include, in some form, inspections of facilities that are suspected to be in violation of the agreement. It is difficult to imagine the execution of such verification measures in a society as closed as that of North Korea.

Addressing human rights abuses is necessary to implement denuclearization.... It is difficult to imagine the execution of [denuclearization] verification measures in a society as closed as that of North Korea.

Third, addressing human rights abuses is critical to any economic reform taking place inside of the country. The North Korean leader has spoken of improving the economic prospects of his decrepit country and Donald Trump has engaged Kim’s desires by talk of putting casinos and condominiums on beaches where the North Korean military practices artillery fire. But the reality is that even if Pyongyang undertook denuclearization measures and President Trump called on U.S. companies to start investing in the regime, no U. S. company will do so given the human rights abuses along the supply chain.

Thus, three key elements of any negotiated solution to the North Korean nuclear problem – credibility, verification, and economic incentives – cannot be achieved without addressing the human rights abuses inside the country.

The best hope for human rights

In the end, the best hope for North Korean human rights comes from the society itself. The two reasons for this are markets and information.

North Korean society today has an ingrained market mentality that is now two-decades old. This grew out of the Great Famine of the 1990s. The public distribution system broke down and the government basically lifted price controls and told the people to fend for themselves. This led to buying, selling, and bartering by the population to survive.

A woman in a village near Mount Myohyang, North Korea. (Photo by Gerhard Joren/LightRocket via Getty Images)

Once the famine ended, the government re-instituted the distribution system, but the floodgates had been opened. Defectors note that they got nearly half of their livelihood from the markets. Markets create an independence of mind from the government. It makes a population more critical of its government, and, most important, it creates a desire to make one’s own life better.

In 2019, the Bush Institute released a series of policy recommendations, including next steps for dealing with North Korea's human rights crisis.
Read the recommendations

Admittedly, these numbers are small and the use of these information technologies is still highly circumscribed. But this is a new variable in the North Korea equation. Moreover, these numbers will only grow because it is in the interests of the government to allow them to grow. The internet is tailor-made for North Korea given that it allows free access to information around the world without having to leave the country. Cell phones, moreover, are a money-maker for the government.

Sheena Chestnut Greitens, a young scholar at the University of Missouri, calculates that the government makes about $60 million per year on one million cellphone registrations. It took 2.5 years to go from zero to one million phones. It took only one year to go from one million to two million. The point is that once you introduce these instruments into society, you cannot get rid of them.

One of the greatest abuses of the North Korean regime has been its control of information, its monopoly of citizens’ time, and its suffocation of the people with ideology. These new instruments of modernity will make it harder and harder for such abuses to continue. 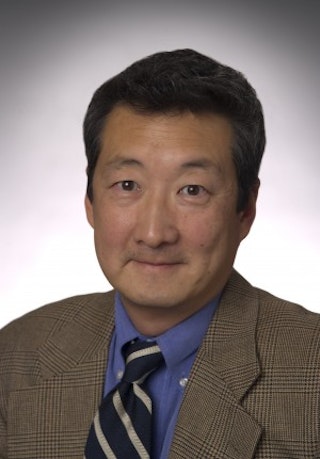