An Essay by Katrina Lantos Swett

The U.S. has flourished in part because of its unique commitment to religious freedom: communities are able to co-exist regardless of how their beliefs differ. This same thinking, applied abroad, can help stabilize societies and our own national security.

My father, the late Congressman Tom Lantos, was a young Hungarian Jewish teenager in Budapest during the Second World War. Like thousands of other Jewish boys, he was rounded up and sent to a slave labor camp outside of the capital, where he was conscripted into forced labor under brutal conditions.

He rarely spoke of this time, but one of his dearest companions shared with our family a story from that dark time. The Hungarian commander of my father’s labor group decided to “burnish” his reputation by getting every Jewish boy in the barracks to be baptized into the church. My father and his childhood friend were the only two who refused. They were badly beaten for daring to put their faith above their physical safety.

My father continued to demonstrate courageous conscience in his life. Almost 40 years later, he became the only Holocaust survivor ever elected to the U.S. Congress.

My father’s story is a powerful one but it is not unique. Through my work with the U.S. Commission on International Religious Freedom -- an independent, bi-partisan body that Congress created over 15 years ago to strengthen U.S. support for religious freedom around the world -- I have met many people like my father who have been willing to pay any price to protect their fundamental right to freedom of religion, conscience and belief.

Freedom of religion is under threat

The tragic reality is that freedom of religion is imperiled today in many parts of the world. Today, the most obvious threats to freedom of conscience and belief come from the fanatical butchers of ISIS.

They have committed acts of genocide against the Yazidi and Christian communities of Syria and Iraq – atrocities that rightly have shocked the world. They have been equally brutal in their treatment of Muslims, whether Sunni or Shia, who do not bend to their extreme interpretation of Islam.

While ISIS is the most vivid example today, there are widespread and deeply disturbing examples of this abuse in many other places. According to the Pew Research Center, more than 70% of the world’s population lives in countries that significantly restrict freedom of religion and belief.

The tragic reality is that freedom of religion is imperiled today in many parts of the world... While ISIS is the most vivid example today, there are widespread and deeply disturbing examples of this abuse in many other places.

For example, the Chinese government has conducted a 17-year campaign of brutal persecution against peaceful Falun Gong practitioners. They have suppressed and sought to control Tibetan Buddhists, leading over 140 Tibetans to self-immolate in protest against Chinese oppression. Uyghur Muslims in Xinjiang Province have been targeted by authorities with prohibitions against fasting during Ramadan and pervasive ethnic discrimination. And Chinese authorities have even cracked down on tiny Jewish revival movements.

Chinese police struggle to remove a banner from a Falun Gong protester in Tianamen Square, May 13, 2000. (AP Photo/Chien-min Chung)

Countries like Russia also place significant and unjustifiable restrictions on basic religious freedom rights. A 2016 anti-terrorism law gives Russia the means to crack down on churches the government does not officially recognize.

This dire state of affairs is more than a regrettable affront to our values and aspirations. They pose a real and growing threat to our own freedoms and even our national security.

Research shows a strong correlation between the robust protection of religious freedom and other vital social goods such as stability, prosperity, democracy, and interestingly, higher socio-economic status for women. The more that religious liberty proliferates, the more that a society can stabilize.

The flip side of this coin is deeply worrying. Societies that restrict religious freedom become potential breeding grounds for instability, social tension, and violent extremism. Daily headlines from places like Syria and Nigeria illustrate this reality.

Why we should protect religious freedom

The protection of freedom of religion, conscience, and belief should be a significant priority of our nation. To permit the rampant abuse of this essential human right not only violates the core of our humanity, it harms the order and well-being of societies, including our own.

In short, protecting religious liberty is not just the right thing to do. It is almost always the smart thing to do. The American experience bears this out.

Our historically unique and bold idea to provide for both the separation of church and state as well as the unfettered free exercise of religion was the “secret sauce” that has made our grand American experiment so extraordinarily successful. By separating churches from either dependence on, or control by the state, we have made it possible for people and communities of faith to flourish in America to a degree unparalleled anywhere else in the world.

Our historically unique and bold idea to provide for both the separation of church and state as well as the unfettered free exercise of religion was the “secret sauce” that has made our grand American experiment so extraordinarily successful.

Furthermore, this robust and capacious protection of religious liberty is the fountainhead from which many of our other cherished and fundamental rights spring.  Freedom of speech, freedom of the press, the right to freely assemble, freedom of association - each of these liberties arguably trace their roots to the right to live one’s life according to the dictates of one’s conscience. Certainly, the U.S. civil rights movement embraced this reality, drawing inspiration from African-American churches and their leaders.

Americans today are grappling with serious conflicts between our deep commitment to non-discrimination and our equally heartfelt commitment to religious liberty. As we deal with issues that underscore the tension between these two pillars of American society, we must have the humility to recognize that resolution of these conflicts will require good will and respect.

Finding this humble and ethical path forward will not be easy, but we must keep searching for it. The powerful connection between religious freedom and many other precious rights makes finding the right balance imperative.

John Wycliffe, the English theologian and reformer, undertook to translate the Bible from the Latin Vulgate into the common vernacular in the late 1300s. He did so despite enormous opposition from the ecclesiastical authorities. He persisted in this mission and when his work was done he wrote in the flyleaf of that first Bible: "The translation is complete and shall make possible government of the people, by the people and for the people.”

Although we cannot know exactly what Wycliffe meant when he wrote those words, which later became immortal in Abraham Lincoln's Gettysburg Address, he was illuminating for all of us the profound insight that when men and women are free to pursue and understand truth for themselves, they become empowered to build societies that honor the claims of conscience and fundamental rights of all people. 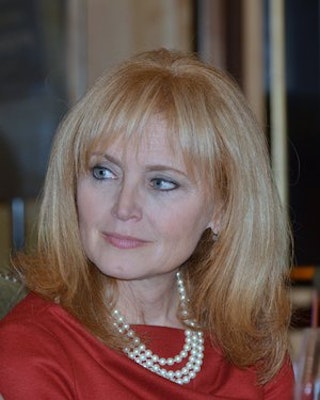