Reading Friedman in 2016: Capitalism, Freedom, and the China Challenge

An Essay by Amanda Schnetzer

Experts warn that China's model of authoritarian capitalism could prevail over democratic capitalism.  But is China's economic model sustainable?  Could it really lead to a decline of democracy in the not-so-distant future?

Sixty years ago, Nobel Prize-winning economist Milton Friedman gave a series of lectures at Wabash College in Indiana that inspired one the most famous works in his oeuvre: Capitalism and Freedom.  In this small but powerful volume, Friedman asserted principles of limited government and decentralized power, enshrined in the U.S. Constitution, as essential to preserving freedom. He also explained that while “economic freedom is…an indispensable means toward the achievement of political freedom,” political freedom is not essential to attaining economic freedom.

I’ve been thinking a lot lately about Friedman’s conclusion that a country could be both capitalist and undemocratic in the context of China’s rise as a 21st century economic power. Does this mean that today’s experts are right when they warn that the Communist Party’s model of “authoritarian capitalism” could triumph over democratic capitalism? Or is there something unsustainable in the China model and, therefore, still hope that billions of people in the developing world might come to experience what Friedman called the “absence of coercion” in both political and economic life?

In Capitalism and Freedom, he put it this way:

"Fascist Italy and Fascist Spain, Germany at various times…Japan before World War I—are all societies that cannot conceivably be described as politically free.  Yet, in each, private enterprise was the dominant form of economic organization.  It is therefore clearly possible to have economic arrangements that are fundamentally capitalist and political arrangements that are not free."

What the experts say

A growing list of specialists is trying to understand the impact of this arrangement in China today. For example, in a 2013 article for The Atlantic, journalist Joshua Kurlantzik gives one of the best descriptions I have seen of what the China model of “authoritarian capitalism” is and why the United States should be worried.

China’s “hybrid form of capitalism” has produced strong economic growth and lifted millions out of poverty while retaining strong government controls.  It also has gained adherents from Vietnam to Russia and beyond who are making the China model, writes Kurlantzik, a “viable alternative to the leading democracies.” This, he says, poses “the most serious threat to capitalism since the rise of communism and fascism.”

One contributor to Forbes takes it even further: “I’m worried that China could someday, say over the next 50 years, overtake the United States and snuff out democracy globally.""More like 20 years,” a former head of state replied to him.

The experts increasingly might think that democratic capitalism’s days are numbered, but I believe there is still evidence and opportunity to the contrary, including in China.

The experts increasingly might think that democratic capitalism’s days are numbered, but I believe there is still evidence and opportunity to the contrary, including in China.

First, China might have authoritarianism down to an art, but it’s far from capitalist. In fact, use of the term “capitalist,” authoritarian or otherwise, masks how little China’s economy has actually liberalized.

In the two decades that the Wall Street Journal and the Heritage Foundation have published their annual economic freedom index, for example, China has consistently been in the tier of countries considered “mostly unfree.”

Its overall economic freedom score in 2016 is 52 out of a possible 100 —the same as when the study began in 1995.  Its ranking out of 178 nations is only 144.  Of the 10 economic freedoms the study tracks, only China’s scores for trade freedom, monetary freedom, and freedom from corruption have improved over the same period.

All the rest have regressed to varying degrees. They include scores for private property rights, free flow of investment capital, and freedom from government control in the financial sector.

First, China might have authoritarianism down to an art, but it’s far from capitalist. In fact, use of the term “capitalist,” authoritarian or otherwise, masks how little China’s economy has actually liberalized.

Can the China model last?

There’s nothing inconsistent here with our understanding of the China model:  greater opening to trade along with heavy government control and intervention in key sectors.  The real issue is whether it can last.

In the short term, China has prioritized state-led projects to boost a flagging economy and reach President Xi Jinping’s growth targets.  In the long term, even some of China’s own leaders acknowledge that further liberalization is needed to sustain the growth of such a massive economy. If that’s the case, then political liberalization might still have a chance as well.

Second, China’s economic success hasn’t completely squashed the desires of the Chinese people for greater freedom. Take China’s growing middle class, which is an estimated 11 percent of the population.  According to Minxin Pei of Claremont McKenna College, China “is not facing an imminent middle-class revolt…[but] the writing is on the wall.”

For the moment, Pei notes, China’s middle class remains largely “politically passive.” But in the next decade or so, he contends, “income and education levels will rise further and the size of its middle class should also grow. In other words, China’s social transformation in the coming decade will make its society far less hospitable to the continuation of one-party rule.”

Already, protests are on the rise over issues like land and labor rights.  This is increasingly true in China’s urban areas, where the middle-class is concentrated.  More and more, they know that China cannot modernize with one-party rule.

Third, the United States can either accept the dominance of the China model as inevitable or do something about it. There’s a role for U.S. leadership to reassert principles of economic and political freedom and to strengthen global institutions and alliances that reflect them.  There’s also a role for U.S. leadership to expect improvements from countries in areas like rule of law, human rights, even political participation in return for stronger economic relations.

Recent openings to Iran and Cuba fall short of this mark. Neither does the protectionist, anti-trade rhetoric coming from both candidates in the U.S. presidential election bode well for the democratic capitalist model. Still, the United States must press for both economic and political freedom.

In a 2003 video interview, the now-late Milton Friedman predicted that “China will move increasingly toward political freedom if it continues its successful movement for economic freedom.”  For now, the momentum may be against it, but it’s still too soon to declare defeat. 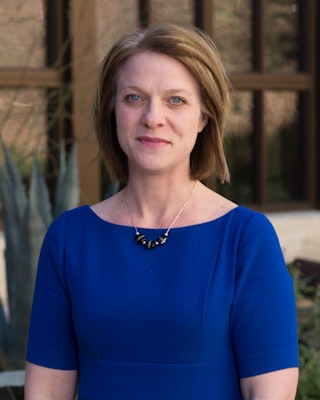