The Path to Freedom for Cuba

A Conversation with Dr. Oscar Biscet

Dr. Oscar Biscet's freedom was taken away after protesting the Castro regime, so he knows how little the Cuban government values personal freedom.  The Presidential Medal of Freedom recipient discusses life in Cuba and the efforts to attain freedom for the country's citizens.

On June 23, 2016, Dr. Oscar Elias Biscet finally received the Presidential Medal of Freedom in person from President George W. Bush. In 2007, President Bush awarded the prestigious honor to the Cuban dissident, but Dr. Biscet was in prison in Cuba for protesting the Castro government's repression of personal freedoms. Instead, his son accepted on his behalf in a White House ceremony.

After receiving the honor in person at the Bush Center, Dr. Biscet sat down for an interview about freedom of speech in Cuba with Christopher Walsh, manager of the Bush Institute’s Human Freedom Initiative, and William McKenzie, editor of The Catalyst. Since this interview, Dr. Biscet has returned to Cuba, where authorities harassed him after the completion of his first trip off the island.

In Cuba, there is no freedom of speech. Nor are there any of the other freedoms. Freedom of religion doesn’t exist in spite of the fact that three popes have visited Cuba – John Paul II, Benedict, and Francis.

They are not going to be achieved unless the people of Cuba demand them in the streets. And that is the objective of the Emilia Project.

In Cuba, there is no freedom of speech. Nor are there any of the other freedoms.

We will get to the Emilia Project in a moment. You did an interview with a Baptist pastor in Cuba. Are there house churches in Cuba?

You cannot find a house of worship. Nor can different religions have schools. They cannot provide education to the public. Churches cannot have access to TV shows or the press.  People can gather at homes for religious purposes. But the houses belong to the owners, not the churches. Nobody can say I will build a temple. They have to meet inside their own house.

Is access to the Internet changing freedom of speech in Cuba?

Is the Internet becoming affordable or is access changing?

The difference is now we have the Internet and before we didn’t. But for 11 million people, there are only 300 Internet centers. That makes a mockery of liberty and freedom of expression.

All websites are controlled. There are a lot of sites we cannot even see. And, of course, if you are talking about something on the Internet, the government can block you immediately. They have special monitors.

The Internet is available, if you have the money to pay for access. But it is so expensive. Most people cannot pay for it. Half-an-hour of use costs $1.20 in U.S. dollars. That may be what a normal person makes in two days. The average person in Cuba doesn’t make a dollar a day.

The Internet is available, if you have the money to pay for access. But it is so expensive. Most people cannot pay for it. Half-an-hour of use costs $1.20 in U.S. dollars. That may be what a normal person makes in two days.

So, to the Emilia Project and its promotion of human rights and democratic freedoms for Cubans. How do you get Cubans to use their full names in signing the project’s petition that calls for personal and political liberties?

We are the end of the dictatorship because everyone wants a change in Cuba, even the communists. They want some change.

Communists in power or communists on the streets?

No, communists on the street. They want to gain new power.

All this talk is what makes us think that people are not that afraid anymore. People talk a lot about freedom and human rights, but they don’t do anything. That’s because the state has terrorized them for 57 years.

The purpose of the project is to give people hope and free them from fear. We are spreading the word and distributing a brochure in the streets, which has our address so people can communicate with us.

That is why we want it to grow and spread all over the nation, so the group can demand freedom for Cuba. The government steals hope from people. We want this project to demonstrate that the end of injustice and this dictatorship are possible. We won’t leave the streets until the day we get freedom.

The [Cuban] government steals hope from people. We want this project to demonstrate that the end of injustice and this dictatorship are possible. We won’t leave the streets until the day we get freedom.

Emilia Tuerbe Tolón was the first Cuban woman exiled from the island because of sedition.   She lived during the time of the Spanish colonial empire.

She sewed the first Cuban flag.  She was the only woman among the group of men on the path for freedom from Spain.

In 1950, when Cuba was a democracy, it marked the 100th anniversary of the first design of the Cuban flag. The Congress said then that Emilia was the anchor for Cuban woman because of her spirit and her fight for liberty, independence, and for her altruistic love for others. This woman thought about and helped poor people. She donated money so schools were built to educate the poor.

This is why we chose her name. She is the incarnation of freedom in Cuba. And she represents our wives, mothers, and daughters. There are a lot of women fighting for freedom in Cuba.

What other people have inspired you in your search for freedom?

The essential ones are, of course, based on the non-violent struggle. Mahatma Gandhi, Martin Luther King Jr. Henry Thoreau. And Jesus Christ.

But in the field of human rights, we start from a document that is already more than 400 years old – the English Bill of Rights. This was taken up in the American independence of 1776 and made the American Revolution an example for the world.

The example was so great that Cuba made this part of the constitutions in 1901 and 1940. They had our Bill of Rights born out of the American Bill of Rights.

The 1940 Constitution condemns the government of Castro and declares it illegitimate. Castro governed for 17 years by decree. In 1976 he imposed his communist constitution. He institutionalized his dictatorship and the violation of human rights.

The Emilia Project declares that constitution and the powers of the state to be illegitimate and illegal. We recognize the constitution of 1940. It is the intellectual  element that declares we are on the right path. 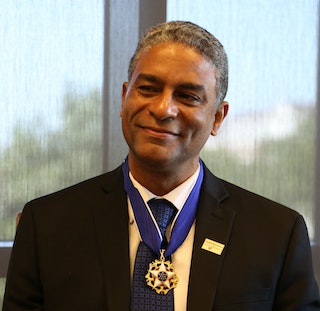