An Essay by Timothy Keller

Topics with their roots in religious freedom have been hotly debated for decades -- from neighborhoods to the Supreme Court.  Where should lawmakers and justices draw the line for what should be considered religious freedom?

In the United States we have valued freedom of religion from our founding, and this is reflected in the First Amendment to the Constitution: “Congress shall make no law respecting an establishment of religion, or prohibiting the free exercise thereof.”

What does it mean not to establish a religion? In the 20th century, “no establishment” has been interpreted to mean that neither state nor federal government can pass laws that “aid one religion” or “prefer one religion over the other” (Everson v. Board of Education, 1947). Rather, the Supreme Court has said that government should take a stance of “benevolent neutrality” (Walz v. Tax Commission, 1970) toward religion.

The strength of our commitment to religious freedom can be seen in the accommodation for conscientious objectors in times of military conscription. When the draft was in force, those whose religion prohibited military service were given an exemption from the law binding the rest of the population. They were not forced to perform actions that violated their faith.

In times of war it can be argued that conscientious objectors who will not defend their country jeopardize the safety of everyone. Yet this religious exemption has been nonetheless granted in the interest of religious freedom. My father was a conscientious objector during World War II. He lost virtually all his childhood friends over his stand— it was highly offensive to nearly everyone he knew in that era. Yet the government respected his religious conscience and did not coerce him to act against it.

One of the most important rulings of the Supreme Court is the case of West Virginia State Board of Education v. Barnette (1943). During the heart of World War II, the Supreme Court upheld the right of Jehovah’s Witnesses to refrain from saying the Pledge of Allegiance in public schools and other public places.

As part of the Pledge of Allegiance, students in 1942 perform the Bellamy Salute. Religious freedom advocates felt that requiring the Pledge violated First Amendment rights. (Library of Congress)

Jehovah’s Witness children had been expelled and one parent even arrested for their refusal. Public opinion was strongly hostile to the Witnesses over this issue. To most Americans at the time, who had family members dying on battlefields around the world, their behavior was morally outrageous and deeply offensive. Nevertheless, in the Barnette decision, the Court ruled that the Witnesses could not be compelled to recite the Pledge that violated their consciences.

Justice Robert Jackson, writing for the majority, explained that we should have “no fear that freedom to be intellectually and spiritually diverse, or even contrary, will disintegrate the social organization… Freedom to differ is not limited to things that do not matter much. That would be a mere shadow of freedom. The test of its substance is the right to differ as to things that touch the heart of the existing order.”

Jackson’s words are a justly famous definition of a free society. We must make room for differences that go beyond the superficial. We must respect conscience, speech, and association that go to the very “heart of the existing order.” We must respect and listen to the voices of those who question the orthodoxies of the day, those who offend most people’s moral sensibilities.

"[We should have] no fear that freedom to be intellectually and spiritually diverse, or even contrary, will disintegrate the social organization… Freedom to differ is not limited to things that do not matter much. That would be a mere shadow of freedom. The test of its substance is the right to differ as to things that touch the heart of the existing order."
--Justice Robert Jackson

The Jehovah’s Witnesses and the pacifist churches did this during the mid-20th century. One could argue that gay rights activists did the same thing during the late 20th century. The historic understanding of freedom, articulated by Jackson, is that we must respect one another’s right to differ from the public morality of the time.

Religious freedom is becoming a battleground

Protesters at the Stand Up for Religious Freedom Rally on June 8, 2012, in Bakersfield, California. (Richard Thornton / Shutterstock.com)

Religious freedom falls squarely within this right to differ. Yet, despite our longstanding commitments to pluralism and dissent, the very concept of religious freedom has become a highly charged political and legal battleground over the last 25 years.

In 1990, in Employment Division v. Smith, the Supreme Court ruled against Alfred Smith, who had been denied government benefits after being dismissed for breaking laws regarding drug use. He smoked peyote that fit with his Native American religious beliefs. The Supreme Court concluded that the state did not have to accommodate his religious beliefs, and that it need not demonstrate a compelling state interest in order to force religious people to comply. In denying an exemption to the law, said the Court’s majority, all the state had to do was show that the law in question was not targeting a specific religious group or practice.

This ruling was widely perceived as rolling back historic support for religious freedom. Some argued that this new standard could eliminate historic exemptions for pacifists, the Amish, the Witnesses, and others. Alarmed, Congress overwhelmingly passed a bi-partisan bill named the Religious Freedom Restoration Act (RFRA) in 1993, restoring the compelling-interest test.

This act has never been repealed, and 19 states also have their RFRA laws, but there are now increasing calls for the repeal of all of them. In many news media discussions, existing and proposed RFRA laws are often named “so-called religious freedom” acts.

Despite our longstanding commitments to pluralism and dissent, the very concept of religious freedom has become a highly charged political and legal battleground over the last 25 years.

The culture wars are one important reason for this historically unprecedented hostility to religious freedom. In the past, only a minority of churches and faiths had bans on practices such as military service and public oaths. However, most traditional religions contain historic prohibitions against many forms of sexual expression and activity, including homosexuality.

For the first time in modern history, laws supporting same-sex marriage and non-discrimination against gays and lesbians have spread across society. It is not surprising, then, that traditional religious believers from many church backgrounds are asking for exemptions from ordinances and laws that, they say, require them to take actions that violate their religious consciences.

These requested exemptions have been framed as asking for the “right to discriminate” and the “right to disobey the law.” Yet that is what conscientious objectors in the past—the pacifist churches, the Amish, the Jehovah’s Witnesses -- have also asked for. They always have asked either for permission to not obey certain laws, or for the repeal of those laws.

As in the past, the assertion of religious liberty clashes with the public morality of our day, which now demands that all forms of sexual expression be not only allowed but also affirmed. This view is unquestionably the new prevailing orthodoxy, and those who espouse traditional sexual mores are now as outrageous and offensive to Americans as were at the Jehovah’s Witnesses in the dark days of World War II.

There is reason to fear that the outcome of these debates today will not be the same as it has been in the past. It seems that there is no figure today like Supreme Court Justice Jackson in the Barnette opinion, who defines a free society as one in which people with deep differences, including those who question the public morality of the time, live together with respect. There is no one with the same kind of high-level credibility in government making eloquent and forceful arguments for perspective diversity, religious freedom, and for a truly free, pluralistic society.

Is there any way forward? I think so, though my optimism is guarded. And since I am neither in law or politics, but only a Christian minister, my suggestions are made without prescriptions for their implementation. With that qualification, let me offer four suggestions.

First, white Christians who feel that religious freedom is threatened should not look at other religions such as Islam and Orthodox Judaism as opponents or enemies. Nor should they be— as they have in the past — resistant to make common cause with African-American, Hispanic, and other non-Anglo religious bodies.

The dominant narrative is that “religious freedom” is a weapon of traditionally powerful and privileged institutions against the rights of individuals and minorities. Only those who are both religious and also racial and religious minorities have a high enough moral ground to ask the powers that be to respect religious conscience. The days in which Anglo-American Christians made it hard for synagogues and mosques to be built in their communities must end. Religious freedom must be for everyone or it will not be for anyone.

Second, the legal debate will be crucial. If, as some are arguing, all religious prohibitions of homosexual practice are to be seen as identical to Jim Crow laws, then Bob Jones v. United States (1983) will be a precedent that could be used for government ostracism of religious schools and institutions. We cannot abandon this dispute. We must make the case that these issues are different in significant ways.

Third, American Christians (and white Christians in particular) should own their contribution and responsibility for the current situation. Much of the hostility to religious freedom comes from people with a memory of how the churches, when they had more social power, marginalized people who differed with them.

White Christians should not now play the victim card and complain about systematic “persecution” even when there are individual cases of unjust treatment. In the past we (I speak as a member of this group) did little to create space for dissonant voices. We should admit this reality and seek ways to repair the fabric of trust that we have played a part in damaging.

Finally, I commend the project of John Inazu’s Confident Pluralism: Surviving and Thriving through Deep Difference (University of Chicago Press, 2016). He says that the way forward will not be forged primarily in courtrooms but also — and perhaps especially — in neighborhoods. He calls for us to come together with our neighbors around what he calls “aspirations” of tolerance, humility, and patience to seek a genuinely pluralistic, perspective-diverse, free society.

Not everyone will welcome such a dialogue, but many will. Many may agree to the project out of sheer self-interest, while others will sense our common humanity and will seek to build on that. And that is our best hope for the future of our shared political project.

The way forward will not be forged primarily in courtrooms but also — and perhaps especially — in neighborhoods. 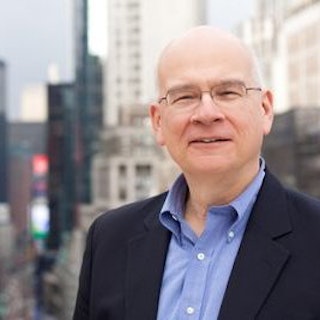