Debt Lessons from the States: Investing in Public Employees while Protecting Taxpayers

An Essay by Margaret Spellings, President and CEO of Texas 2036 and Former Secretary of Education

While states don't incur debt in the same way that the federal government does, they do have to ensure that their pension funds are stable enough to protect a state's fiscal health.

Thanks to balanced budget requirements and debt limits, state governments have less opportunity for debt overexposure than the federal government. However, pension obligations are a growing concern often overlooked by these customary ratios that measure a state’s long-term fiscal health.

Texas 2036 has reviewed public pension standards and stability across the country to see how our state stacks up. The good news is Texas has done a good job at managing its debt. The state has the fourth lowest debt per capita among the most populous states. Texas is one of 10 states with the highest possible credit rating and a low overall level of debt per capita.

But when the bond rating service, Fitch Ratings, added pension liabilities to tax-supported debt, Texas fell to 28th in the nation in total obligations compared to the state’s total personal income. Obviously, our pension obligations are a more serious issue than traditional forms of debt.

How to measure state and local pension health

The fiscal health of pensions is not quite as clear-cut as with other debts, and there are different actuarial yardsticks to measure prudent pension funding. The most widely used metrics are the Funding Ratio (the percentage of obligations covered by current assets) and the Amortization Period (an estimate of how long it will take to fully fund the plan).

Both of these require projections of key variables such as the number of future employees and retirees, investment returns, and current patterns of contributions. In an ideal world, actuaries would like to see a pension plan have either a 100 percent Funding Ratio or an Amortization Period of no more than 10-25 years.

Many plans across the country do not meet either of these standards. In the worst cases, plans have to consider when, at current rates of contributions and investment earnings, they will run out of funds. This is called a “depletion date” and any plan with a depletion date is considered to be in jeopardy.

Demographics of a system’s membership also play a key role when forecasting pension health. More and younger employees help sustain a fund in relation to its number of retirees.

One of the clear lessons of the past two decades is that a state saving money for its pension is very much like a family saving money for retirement: If you postpone action and fall behind, the problem compounds and becomes more difficult and much more expensive to correct each year.

One of the clear lessons of the past two decades is that a state saving money for its pension is very much like a family saving money for retirement: If you postpone action and fall behind, the problem compounds and becomes more difficult and much more expensive to correct each year.

Positive and negative trends in Texas

Some of Texas’ pension systems outperform national averages as pension systems and the Legislature has taken steps to improve their funding. The Teacher Retirement System of Texas fund is now actuarially sound. Together, the several state-administered plans are above the national Funding Ratio average of 69 percent, with a 76 percent average. And 62 percent of all Texas plans, including those of local governments, have met the amortization goal of less than 30 years.

However, looking towards the future some Texas pension plans will need to address funding inadequacies and growing unfunded liabilities as trends are heading in the wrong direction. The total unfunded liability for pensions in Texas has increased by 65 percent since 2013, while the aggregate Funding Ratio continues to decrease. Of particular concern is our second largest state pension plan, the Employees Retirement System (ERS). It was in a sound condition until the last recession brought fiscal stress to the state budget and ERS contributions did not keep up with actuarial recommendations.

The ERS plan along with several local plans for law enforcement officers in Texas’ major cities have projected depletion dates when they will become insolvent if the current rate of annuities and contributions aren’t changed. That would cause the plans to become “pay as you go” where current tax dollars without benefit of long-term investment earnings would be used to cover current obligations to retirees at substantial cost.

ERS actuaries project that the required state appropriation would immediately quadruple in this worst-case scenario. We are confident that our state leaders, who addressed a similar challenge in the larger Texas Teacher Retirement System plan in 2019, will begin to resolve the ERS pension challenges in coming legislative sessions.

Here is a snapshot of the plans that are administered by Texas state government:

We need to be pro-active

As Texas learns more about what it needs to do to address this challenge, we can learn some lessons from the thousands of diverse public pensions across the country. Some of them have already benefited from sound strategies and tactics to best balance their assets, revenues, benefits, and obligations. To restore balance to troubled funds and ensure promises are kept to public sector retirees and continue to recruit the future workforce, there are a few real options for Texas and many other states in the coming years:

These kinds of choices offer attractive portability for younger employees and a reduced long-term risk for the state. If offered as an option rather than a mandate, this model could be expanded more broadly after appropriate mitigations are enacted to manage some pension funds’ growing unfunded liabilities and to promote transparent discussions with employee associations.

In some cases, particularly in states with slow or no growth in state and local government employment, it has been necessary to implement benefit changes in areas such as vesting requirements, years of service multipliers, and ages for full benefit eligibility. It is not clear if a growing state like Texas will need to adopt benefit changes after all other options have been tried, but it bears close watching given the vulnerability of some of the state’s largest plans.

At Texas 2036, we are working to develop non-partisan ideas and modern solutions, grounded in research and data, that break through the gridlock on issues that matter most to Texans. Texas leaders are already increasingly focused on state pension systems, as evidenced by their recent work on the Teacher Retirement System and interim legislative committee charges.

We look forward to contributing to this important conversation as state leaders work to protect the retirement systems. It is vital that Texas fulfill its commitment to the workforce, recruit a new generation of leaders, and protect taxpayers. The state will need strong leadership and a range of proactive measures to get it right. 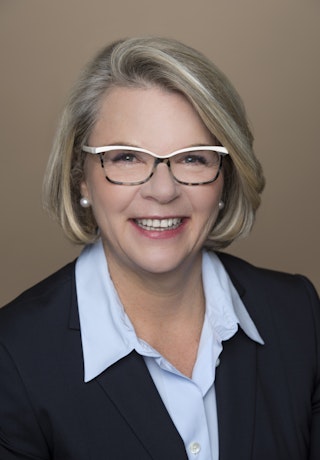