An Essay by Michael A. Peterson, Chairman and CEO of the Peter G. Peterson Foundation

While Americans may not personally feel the effects of our mounting debt today, we eventually will. The good news is that policy solutions can help address the issue before the bill comes due.

A founding pillar of American strength is our enduring commitment to building a bright future for the next generation. The very concept of the American Dream is rooted in this ideal.

When it comes to our nation’s finances, we’re falling short. Our federal budget will run a deficit of more than $1 trillion this year, and the national debt exceeds $23 trillion. Worse yet, our deficits and debt are projected to increase year after year, as far as the eye can see.  America’s fiscal outlook is the definition of unsustainable.

While many Americans may not personally feel the effects of our mounting debt right now, the bill will ultimately come due, with interest. Running huge budget deficits damages our economy over time and eventually will diminish our leadership role in the world.

In fundamental terms, fiscal irresponsibility represents an inter-generational injustice, and a moral failure. Piling on trillions in red ink is making a choice to benefit ourselves today, at the expense of our own children and grandchildren.

Despite the enormity of the challenge, the national debt is largely absent as an issue on the campaign trail. The sad truth is that political calculus leads to silence from our elected leaders — there’s no political pain if they ignore our fiscal situation, and plenty of risk if they talk about addressing it.

In fundamental terms, fiscal irresponsibility represents an inter-generational injustice, and a moral failure. Piling on trillions in red ink is making a choice to benefit ourselves today, at the expense of our own children and grandchildren.

But deep down citizens know this is a problem. According to our Foundation’s Fiscal Confidence Index, nearly eight in 10 voters — Democrats, Republicans, and Independents alike — believe this should be one of the nation’s top three priorities, and a range of other polling supports the same conclusion.

Preserving and restoring the American Dream is a goal shared by all of us, regardless of age or party affiliation. The good news is that there are plenty of available policy solutions that can put the country on a much stronger and more secure fiscal and economic path.

Our fiscal forecast — the structural deficit

At 79 percent of GDP, our federal debt is at its highest point since just after World War II.  Unfortunately, the even more depressing fiscal fact is that our debt is projected to nearly triple over the next 30 years to more than twice the size of the U.S. economy. These levels have no precedent in American history.

This growth in our debt isn’t based on partisan factors or politics — it’s the simple math of spending more than we take in. Some think we spend too much, while others say taxes are too low — but there’s no doubt that the federal budget has a structural mismatch between spending and revenues, and the gulf between them is growing.

The growth in our deficit is caused primarily by three key drivers of spending — demographics, healthcare costs, and interest on the debt — as well as by revenues that are insufficient to cover the promises that have been made.

This growth in our debt isn’t based on partisan factors or politics — it’s the simple math of spending more than we take in. Some think we spend too much, while others say taxes are too low — but there’s no doubt that the federal budget has a structural mismatch.

And older Americans are living much longer. When Social Security was founded in 1935, life expectancy was 62 years. Today, life expectancy has grown to nearly 79 years. While that’s great news, it also means that American seniors will spend many more years in retirement than we originally planned for.

In many ways, healthcare is our greatest fiscal and economic challenge. The United States has the most inefficient healthcare system in the world. It consumes nearly 20 percent of every dollar that we produce. Despite spending twice as much on healthcare as most other developed countries, we don’t achieve better outcomes – in fact, in many cases, our outcomes are worse. And our healthcare costs keep growing, year after year. On top of that, retirees naturally spend more on healthcare than younger populations, especially very late in life.

So America’s overall fiscal mismatch comes from this perfect storm: a huge generation, living longer, and relying on a very high-cost health system. The resulting growth in federal obligations to older Americans is astronomical.

And let’s not forget the pain of compounding interest. If you keep borrowing more and more every year, your debt balance grows, and you have to borrow to pay interest on the interest. As a result of this vicious cycle, interest has become the fastest growing federal “program.” In fact, this year the federal government will spend $1 billion on interest – every single day.

Of course, our problem isn’t limited to the spending side. It would be one thing if our tax code were designed to fund all the promises we’re making. But it’s not, and the tax reform legislation of 2017 only made the problem worse (to the tune of about $2 trillion).

Our tax code remains overly complex, confusing, inefficient, and unfair. It’s riddled with various tax breaks – known as tax expenditures – that provide benefits to certain activities and groups. These provisions, which are a lot like spending in disguise, create market distortions that restrain economic growth.

And because they’re in the tax code, they’re permanent (i.e. they aren’t subject to annual budgetary review, and can only change with new legislation). And they are huge – as a whole, they’re larger than any program, and almost as much as we actually collect in income taxes.

In basic terms, our growing national debt harms economic growth and the opportunities available to every American. As federal borrowing increases, fewer dollars are available for investment in new businesses or capital to make workers more productive. Over time, those missed investments restrain economic output and lower family incomes.

Within the federal budget itself, rising interest costs crowd out the available resources that we can apply to important national priorities. Consider that we already spend more on interest than on our children.  Interest is also on track to exceed the total amount we invest in research and development, infrastructure, and education – combined. These investments help drive future opportunities for Americans, while interest costs are simply paying for our past.

Some contend that it's acceptable to add government debt in order to fund investment. For a project that benefits the economy now and in the future, like infrastructure, it can be argued that it makes financial sense to borrow and pay the obligation and interest over time.

But that’s not what’s going on with America’s budget. Only a small fraction of spending is dedicated to investment. And, as noted above, the growth in deficits and debt is largely attributable to the growth in obligations for retirement, healthcare and interest. So we aren’t borrowing more to invest in the future, we are borrowing more to fund current consumption, which is not prudent.

Moreover, high debt gives lawmakers less fiscal flexibility to respond to the next recession, and imperils the safety net and the most vulnerable in our society.

While this problem may seem complex and daunting, it’s actually one of the most solvable challenges that America faces today. We know exactly how to balance the budget, and it’s entirely within our control. We don’t need international cooperation, new technology advances, or luck to solve this.  The solutions are right in front of us.

In 2019, the Peterson Foundation brought together seven think tanks from across the political spectrum, and asked them for comprehensive plans to set America on a sustainable fiscal path. The result: All seven groups produced plans that stabilize the long-term trajectory of debt.

While this problem may seem complex and daunting, it’s actually one of the most solvable challenges that America faces today. We know exactly how to balance the budget, and it’s entirely within our control.

They made a wide range of policy changes across the entire budget, consistent with their views and priorities. They considered and included the tradeoffs that are a necessary part of any responsible budgeting. The seven plans provide important blueprints that demonstrate the pathways to building a more sustainable fiscal future for our nation.

Comprehensive plans generally phase in changes slowly to give people time to plan and avoid sudden economic shocks. While some plans would rely more on spending reductions and others more on tax increases, a combination of both is more likely to achieve durable, bipartisan support.

And the truth is that fiscal solutions do not have to be draconian or damaging or unfair. To put it in perspective, if we acted this year, the debt could be stabilized by cutting spending and/or raising taxes by 1.8 percent of GDP. In other words, we can collectively create a much brighter America by giving up the equivalent of just one year’s worth of growth of our economy. Think about this ask in relation to the many great sacrifices that American citizens have made throughout history.

But the longer we wait to address this, the more difficult it will be. If we wait just five years, we will need 22 percent more in budget changes to stabilize the debt. If we wait 10 years, we’ll need 50 percent more. Like any financial problem, the sooner you stop digging, the better.

We can collectively create a much brighter America by giving up the equivalent of just one year’s worth of growth of our economy. Think about this ask in relation to the many great sacrifices that American citizens have made throughout history.

It’s obvious that the fiscal path we’re on is unsustainable and dangerous, threatening the future that we all want for our nation and our children. Despite clear warnings, policymakers have failed to show leadership, unwilling to make responsible, forward-looking decisions to do right by the next generation.

Fortunately, there is a better path, and many solutions exist. A sustainable fiscal outlook will give our economy the best chance to succeed, creating the conditions that encourage economic growth. A stable path enables an environment with greater access to capital, increased public and private investment, enhanced confidence, and a reliable safety net. Those factors, in turn, create a more vibrant economy with rising wages, greater productivity, and expanded opportunities for Americans.

The theologian Dietrich Bonhoeffer said: "The ultimate test of a moral society is the kind of world that it leaves to its children.” This idea underpins the American Dream that is so central to our democracy and our society. Our leaders have a critical opportunity and responsibility to fulfill their moral obligation to future Americans by looking beyond the next election, and thinking instead about the next generation. 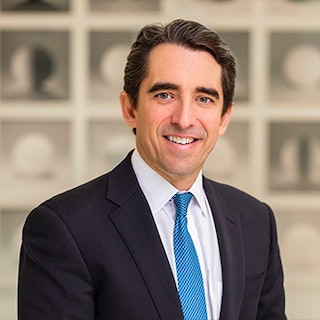