The Politically Active Generations: Millennials, Gen Z Care About the Debt — and More

An Essay by Gordon Gray, Director of Fiscal Policy at the American Action Forum

Younger Americans are informed, engaged, and care about the national debt — along with other pressing issues.  And, like other Americans, they are forced to prioritize their concerns.

Lazy clichés abound regarding the character of younger Americans. Google “millennial” or “Gen Z,” and the results suggest these generations of Americans are singlehandedly “ruining” cherished traditions with avocado toast in one hand and an iPhone in the other. Surely the last thing on these Americans’ minds is something as serious as the national debt, so distracted they must be with TikTok and other vapidities.

Policymakers indulge this kind of thinking at their own political peril. Millennials and Gen-Zers are rational political actors, and recognizing that fact is an important first step in engaging this next generation of lawmakers and voters.

Indeed, rather than starting with a flawed assumption that younger Americans are ignorant to the federal debt’s threat, policymakers and observers need to grapple with the challenge that younger Americans are informed and engaged — they just prioritize other issues over the national debt. The reality of the younger generations’ political engagement offers both cause for optimism and concern for the country’s ability to solve the problem of its rising national debt.

What do younger Americans care about?

According to the Census Bureau, voter turnout in the off-year 2018 election was the highest in four decades.  Driving that record engagement in part was a near-doubling in participation from voters aged 18-29. Voting among this cohort increased by 79 percent, with younger voters responsible for 36 percent of votes cast (up from 20 percent in the previous election).

Those numbers suggest that it would be wrong to assume these Americans are politically apathetic and so don’t care — or care enough — about the national debt. Rather, they are active and engaged in national policy debates.

The Brookings Institution recently convened an event featuring experts and policymakers examining how and why millennials think differently about climate change and the national debt. Among the more striking findings in the research presented by the Pew Foundation was the similarity across age groups in recognizing that the debt will likely grow over the next 30 years. Over 50 percent of millennials agreed that the deficit is a “very big problem today.”

While the share of older generations holding this view is higher, the millennial share is nevertheless quite robust. This suggests that despite the lazy cliché, this group is no less informed and aware of the nation’s debt challenge than other age cohorts.

Where there was a more significant generational break was in the prioritization of concerns. Even with a full grasp of the potential risks from high national debt, rational actors can still reasonably prioritize other issues such as climate change. That this group of voters is relatively informed and engaged is cause for optimism. Concern for the national debt need not be the leading national priority to still have political salience. The cause for pessimism, however, is that millennials will be just as apathetic to the political challenge of taming the rising debt as their predecessors.

That this group of voters is relatively informed and engaged is cause for optimism. ... The cause for pessimism, however, is that millennials will be just as apathetic to the political challenge of taming the rising debt as their predecessors.

Does anyone care about the debt?

Anyone who’s ever read any research on the debt has certainly been confronted with the ubiquitous line graph, reaching ever skyward, charting the projected accumulation of debt over time. The only variation tends to be what color the analyst chose for the line in Excel.

That political parties and elected officials largely tend to rediscover their sense of fiscal responsibility once they’re in the political minority is mirrored by the electorate at large. According to Pew, Americans' concern over debt tends to reflect their own political beliefs.

The risk is not that younger voters will care too much about climate change. It’s that they’ll care about the debt just as much as everyone else.

The risk is not that younger voters will care too much about climate change. It’s that they’ll care about the debt just as much as everyone else.

Why should anyone care?

The biggest challenge in getting anyone, including millennials, to care about the national debt is that it is largely an abstraction. Debt in and of itself isn’t harmful. Anyone who’s ever bought anything on credit necessarily understands that debt is only one side of a transaction. You get something for it — be it a meal, a house, or a college education. Indeed, in the modern economy, some debt is good — it means people are good credit risks.

The danger, of course, is when debt gets “too high” — yet the “too high” part is where some of the trouble is. No credible budget analyst can tell you when the United States will run out of credit. Debt levels are at their highest levels since World War II, but U.S. Treasuries are viewed as riskless — they are essentially as good as cash.

That’s the first challenge — no one can tell you when the level of debt will actually matter.

The biggest challenge in getting anyone, including millennials, to care about the national debt is that it is largely an abstraction. ... No one can tell you when the level of debt will actually matter.

Setting aside the science, this used to be the same challenge for climate change advocates. But storms and conspicuously aberrant weather and other natural phenomena have certainly raised the profile of climate change as a real and present danger. Meanwhile interest rates are at historic lows while the leading lights of the major political parties have largely flouted the norms of fiscal responsibility.

The trouble with this outlook is that once the debt becomes a conspicuous problem, it may be too late. Fiscal crises tend to occur quickly, with rapid and precipitous declines in credit markets’ confidence in the ability of governments to repay their bonds.

A man walks past closed shops in the center of Thessaloniki, Greece, in June 2018. (Sakis Mitrolidis/AFP via Getty Images)

The recent experience of Greece and other Eurozone nations is somewhat instructive: Lenders start charging much higher rates, governments respond with austerity, growth suffers, credit conditions further deteriorate, and so on. The legacy for these nations tends to be persistently sluggish growth and a lasting diminution in the standard of living for their citizens.

A credit crisis in the U.S. would likely be far more precipitous for the global economy than those of Greece and other such nations, but the mechanism is essentially the same. Americans would face substantially higher taxes and diminished services. But beyond these policy considerations, working Americans would take it on the chin.

A credit crisis in the U.S. would likely be far more precipitous for the global economy than those of Greece and other such nations, but the mechanism is essentially the same. Americans would face substantially higher taxes and diminished services.

Looking at a hypothetical credit crisis, previous American Action Forum work  estimated that on a $20,000 car loan, Americans could face over $5,000 in higher interest costs. Monthly payments on a hypothetical $250,000 home loan would nearly triple. For a hypothetical student loan of $50,000, interest payments could reach $65,000 — well in excess of the loan value.

For some Americans, cars, houses, and college are already difficult to afford. For these Americans, even rent would likely increase depending on how their apartment building was financed. In short, the distant abstraction becomes a very burdensome practical reality.

That a debt crisis is a future risk necessarily shifts that risk to younger Americans. That so much of our debt challenge is a function of legacy programs — Social Security and Medicare alone will comprise 42 cents out of every federal dollar spent in 2029 — while other domestic priorities are being squeezed suggests that younger Americans may be more amenable to tackling the intractable political task of reforming these programs.

By the same token, younger voters do appear to have more faith in government to tackle problems. The upshot is that this group is likely not going to usher in a new era of lean, libertarian governance. Rather, there is some reason to have optimism that this group, with its distinct interests, could become a catalyst for substantive reform on this issue and defy the moribund political interests that have stymied debt reduction to date. 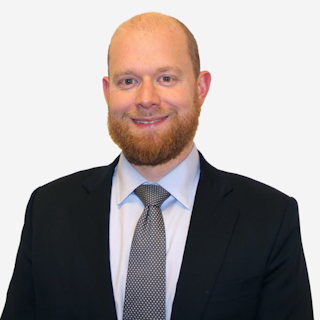