After Congress passed the Natural Resources Management Act this year, Rep. Stefanik is optimistic about the potential for market-oriented solutions to help combat climate change and protect the environment.

The environment is the economic lifeblood of my district in New York’s North Country. Our community understands that clean air and clean water are not just political issues — they are a core aspect of our daily lives. It’s imperative that we step up in Congress and make smart environmental choices for future generations. Sustainable options depend not just on climate outcomes, but also center on reinforcing personal liberty and responsibility; values upon which our great country was founded.

I believe we must tackle this generational challenge with bipartisan, serious policies. Proposals like the Green New Deal are non-starters because they would not only restructure our energy systems, but also the relationship between the people and a vastly expanded federal government. Free markets, strong property rights, and consumer choice aren’t protected under this kind of sweeping legislation.

We can combat our climate and environmental issues through market-based solutions. We need to act — which is why I am focused on actionable policy ideas to diminish market barriers, reduce pollution, and increase economic growth and justice through free enterprise.

We need to act — which is why I am focused on actionable policy ideas to diminish market barriers, reduce pollution, and increase economic growth and justice through free enterprise.

Fortunately, I’m not alone in this thinking. Many of my Republican colleagues also view climate change as a growing threat to our future.

Market-friendly environmentalism: What is it?

Market-based policy approaches encourage behavioral changes through signals to the market — often focused on changes in prices — rather than through explicit governmental directives. Market-based approaches encourage businesses and individuals to undertake pollution control efforts that are in their own interests, and that collectively meet policy goals when they are well-designed and properly implemented.

Tax credits for wind and solar have helped jumpstart an industry that is now one of the most dynamic sectors of the economy nationwide. Solar photovoltaic installers and wind turbine service technicians have been the first and second top-growing jobs over the past decade. These tax credits are scheduled to phase-out over the next few years because the subsidies were originally intended to help a nascent market get off the ground, and that goal will be largely achieved by the end of the phase-out.

Solar panel installer has been the fastest-growing job for the past decade.

Unfortunately, not all renewable energy types are treated equally by the tax code. That’s why I introduced the Renewable Electricity Tax Credit Equalization Act. This common-sense legislation places biomass, hydropower, geothermal, and other renewable energy sources on a level playing field with wind energy facilities.

But even with an all-of-the-above approach to energy policy, and a level playing field for renewables, more needs to be done. After years of decline, last year U.S. greenhouse gas emissions rose by a projected 2.5 percent.

How to tackle climate change

Like most Americans, Republicans and Democrats alike agree actionable steps are needed when it comes to reducing greenhouse gases driving climate change, but too often actionable policy solutions have been out of reach. In the absence of many bipartisan federal approaches to preserving our environment for future generations, America’s private and public sectors have been making tremendous strides in developing new technologies, deploying clean energy, and reducing emissions.

American ingenuity and innovation will help us lead the globe in solving these complex problems. The federal government has the ability to nurture this development without economically damaging regulation.

Throughout history the world’s greatest problems have been solved in American laboratories. We have the opportunity to use federal research programs to complement the advances taking place in the private sector. Increasing funding to the Advanced Research Projects Agency – Energy (ARPA-E) will help drive research into nascent energy generation, storage, and usage projects that may be too undeveloped for private investment.

Throughout history the world’s greatest problems have been solved in American laboratories.

Innovation on display at the 2018 ARPA-E Energy Innovation Summit. (U.S. Department of Energy)

Another part of the solution should be incentivizing good action by the private sector. Currently, many of the successes being driven by business lack public awareness because there is no effective way to document the aggregate benefits of their efforts. This lack of information makes it difficult for businesses to drive private investment and respond to consumer demand for climate action.

One idea that Citizens for Responsible Energy Solutions has put forward is establishing a voluntary federal framework for public and private sector entities to highlight their efforts to reduce carbon emissions and increase renewable energy procurements. This voluntary system would aim to increase transparency and accountability in the emerging carbon economy, in hopes of further decreasing U.S. greenhouse gas emissions. Voluntary programs like the Department of Energy’s Energy Star Program and the U.S. Green Building Council’s LEED Certification offer effective models for recognizing products and projects that go above and beyond environmental standards.

For private actors, the federal stamp of recognition could crowd-in investment the way that Energy Star mainstreamed energy efficiency in the early 1990s. It could also facilitate additional efforts similar to the U.S. Green Building Council’s LEED Certification Program that has helped recognize achievement in sustainable and resilient building.

A voluntary federal framework for tracking emissions and renewable energy use will not reinvent a federal system that attempts to supersede state progress, like some fear. Rather, it could take existing models of success from localities and federal programs and create an effective incentivized system.

We celebrated a big victory at the start of this year with passage of the Natural Resources Management Act. The legislation designated 1,340,000 acres of new wilderness, 367 miles of new scenic rivers, and 2,600 miles of new national trails. I am proud of the role I played in the bill’s passage and to see that the Land and Water Conservation Fund was permanently reauthorized — something I have advocated for since my first term in Congress.

We celebrated a big victory at the start of this year with passage of the Natural Resources Management Act. The legislation designated 1,340,000 acres of new wilderness, 367 miles of new scenic rivers, and 2,600 miles of new national trails.

The Bush Institute's Holly Kuzmich (left) and Congresswoman Stefanik speak to the class of Presidential Leadership Scholars on February 7, 2019 in Washington, D.C. The program works with rising leaders to collaborate across differences and political parties to find solutions to pressing challenges. (Grant Miller / Presidential Leadership Scholars)

This strong, bipartisan legislation authorizes and allocates dozens of land exchanges to state and local governments to enable further economic development. It also allows for greater local control over water management that will help to save water, protect public safety, and enhance fish protection and wildlife habitats. This is a leading example of legislation that leverages federal support to achieve environmental goals with a focus on local priorities and national economic growth.

I’m working with my Republican colleagues in the new bicameral Roosevelt Conservation Caucus. We’re supported by a number of groups in our states and districts including the American Conservation Coalition, a nonprofit founded by young Republicans who are dedicated to educating and empowering conservatives to re-engage on environmental conversations.

Republicans need to be an active part of ongoing and future climate change legislation so that market-friendly approaches remain a key part of the discussion. It will take a new generation of leadership to make sure that happens. 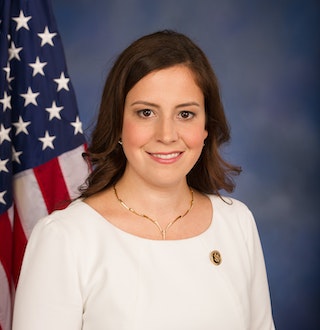