Changing Where We Live and Produce

The conversation surrounding climate change solutions tends to focus on mitigation and adaptation, but there is a third solution inspired by history: migration and trade.

You can turn on almost any newscast, pick up the latest newspaper, or simply follow social media and know that a changing climate is already creating dire consequences in some parts of our world. Severe droughts. Devastating flooding. Raging wildfires. These and other consequences are headline news – and unfortunately will continue in some places. Coastal cities like Miami and Shanghai will suffer from rising oceans, and millions of farmers in sub-Saharan Africa will see agricultural yields plummet due to ever-higher temperatures.

But here is another reality: Not all locations will face such a dismal prospect. Global warming will double agricultural productivity in Siberia over the next century, and the melting of ice will permanently open the Northwest Passage, the maritime trade route that connects China to Europe through the Arctic.

Faced with the challenge of climate change, policymakers have so far focused primarily on two strategies. One is to slow down climate change, by reducing carbon emissions through the adoption of clean energy. This is the main goal of the Paris Agreement. The other is to limit the negative impact of climate change, by building sea walls and by insulating homes and workplaces against extreme temperatures. Without modern air conditioning, it is unlikely that Singapore could have risen to global prominence.

But if some places gain and others lose from global warming, there might be a complementary third strategy: adapt to rising temperatures by changing where we live and produce. If Arizona becomes unbearably hot, the snowbirds can stay put in Chicago. And if California’s Napa Valley becomes unfit to produce wine, Oregon’s Willamette Valley can take its place.

But if some places gain and others lose from global warming, there might be a complementary third strategy: adapt to rising temperatures by changing where we live and produce.

There is nothing new about these forms of adaptation. During the Medieval Warm Period, roughly spanning the 9th to the 14th centuries, some parts of the world, such as the North Atlantic, experienced temperature increases of around 1° centigrade. At the time, England exported wine to France, and there were vineyards as high up north as Scandinavia. Milder temperatures allowed Vikings to colonize Iceland, Greenland, and parts of Newfoundland.

In more recent times, the Dust Bowl, caused by a period of severe drought in America’s Great Plains, led to the displacement of 2.5 million people. In the absence of migration, many more would have fallen prey to poverty, malnutrition, or even worse.

Buried machinery in South Dakota in 1936. The Dust Bowl ecological disaster extended from Texas into the Northern Plains and Canada.

The rise in temperature during the Medieval Warm Period was more limited in magnitude and geographic scope than the current situation faced by the world. But it does suggest that trade and migration may be powerful ways to mitigate the negative impact of climate change.

In a world with trade, we don’t all need to grow our own crops. A farmer in sub-Saharan Africa may have to switch occupations, but he need not lose his livelihood.

In the absence of trade, it is unthinkable that a metro area of more than 2 million people could survive in the middle of the desert. Yet, in the last decades Las Vegas, Nevada, has been one of the fastest-growing cities in the United States. And if some low-lying coastal areas of Florida become permanently inundated, its residents can move to higher ground.

What do the numbers show?

While conceptually trade and migration can help to reduce the economic impact of climate change, at the end what matters are hard numbers. A team of researchers from Princeton, SMU, and Barcelona that I have been part of has developed a high-resolution complex model of the world economy that incorporates the main insights from climate science. This allows us to quantify to what extent trade and migration are able to partly mitigate the economic impact of global warming.

In one such study, we found that global warming of the magnitude predicted by the Intergovernmental Panel on Climate Change (IPCC) will push agricultural production about 620 miles north over the next 200 years. Roughly speaking, that is the latitudinal distance between Kansas City and Winnipeg, or between Mumbai and Delhi. Although agricultural productivity declines in some places, it increases in others. As long as the world can trade and people can move, the overall impact on well-being is limited.

In another study with climate scientists at Princeton and Rutgers, we evaluated the economic cost from rising sea levels over the next two centuries. When ignoring the possibility of migration, we found that in the year 2200 flooding would cause a loss in world income of 4.5 percent.

This estimate essentially corresponds to the share of global output produced on the land that is likely to be inundated two centuries from now. However, once we allow for the movement of people, that loss drops to 0.1 percent of world income.

This does not imply that moving to higher ground is free – our estimates account for mobility costs. In spite of this rather small average loss, coastal flooding will have dramatic consequences on some locations. Cities such as Amsterdam, Bangkok, Ho Chi Minh City, Kolkata, Miami, Shanghai, and Tianjin are all set to lose a substantial fraction of their output.

The political feasibility of migration

Needless to say, migration as a way of adapting to global warming is politically a thorny subject. We live in a world with country borders, visa requirements, and migration restrictions. However, it is worth remembering that climate change is a slow-moving process. Unlike wars, it will not create sudden surges of millions of refugees. Because the process is so gradual, we are unlikely to see massive movements of people over short periods of time.

Needless to say, migration as a way of adapting to global warming is politically a thorny subject. We live in a world with country borders, visa requirements, and migration restrictions.

In fact, it might not even require any of us to move; it is probably enough if some of our children or grandchildren choose to reside in different locations. This makes climate-induced migration politically much more feasible than we might think.

In 1800 only 3 percent of the world’s population lived in the Americas, compared to 14 percent today, whereas the share of Europe has declined from 21 percent to 12 percent. Of course, the past is not always a good predictor of the future. With a world population that has increased six-fold since 1800, it may be more difficult to move people.

However, it is worth pointing out that 70 percent of the world’s population lives on only 10 percent of the land. There continues to be plenty of unpopulated land available in northern latitudes that could in principle be put to productive use.

In addition, in many countries much of the adjustment can happen through internal migration, without the need for people to move across national borders. If parts of the U.S. Atlantic Coast floods, there is room to move more inland, and if crop yields go down in the southern part of the country, agriculture can move to less extreme climes in the northern states. This is of course not possible everywhere: the small island nations in the Pacific face existential threats from rising oceans, and may have to be abandoned completely.

[I]n many countries much of the adjustment can happen through internal migration, without the need for people to move across national borders.

Migration would not be much help if the entire world were to lose from climate change. The predictions of the IPCC are that temperatures will increase in the range of 4 to 8 degrees centigrade over the next 200 years. This change is smaller than the current temperature difference between the Equator and the North Pole, which is around 30 degrees centigrade.

As a result, while this is likely to spell disaster for some tropical regions, it will bring advantages to Canada and Siberia. These northern regions have the additional advantage of being thinly populated, allowing migration to help solve many of the problems derived from rising temperatures.

Currently frigid regions of Canada, such as Yukon Territory, could become targets of migration in the future.

There are many strategies to address climate change. Carbon taxes are an efficient way to reduce greenhouse gas emissions. Subsidies can incentivize the development of alternative clean energy technologies. Electrical cars and renewable energy may eventually eliminate a large share of man-made carbon emissions. In the meantime, some coastal cities may prefer to build sea walls to protect their populations. It makes sense for cities with irreplaceable historical value, such as Venice, to construct flood barriers.

To this menu of choices to tackle climate change, it is important to add the possibility of migration and trade. These were once the prime ways to adjust to changing climate. Anthropologist Brian Fagan has argued in The Great Warming  that during the Medieval Warm Period “the only protection against such disasters was movement.” While this may not be exactly true – by the 16th century the Dutch were experts at reclaiming land from the sea – it is clear that migration and trade should become part of the conversation on climate change.

To this menu of choices to tackle climate change, it is important to add the possibility of migration and trade. These were once the prime ways to adjust to changing climate.

Unfortunately, the political debate on immigration has been hijacked by short-sighted concerns. Workers in the U.S. worry about their jobs going to newcomers, Brexiteers are concerned about the strain migrants from the rest of the European Union put on the social welfare state, and Europe debates about the loss of its cultural identity.

However, historically immigration has been a tremendous engine of long-run economic growth and prosperity in the United States. At our own peril, we have largely ignored its potential to help mitigate the negative effects of climate change. This should change. 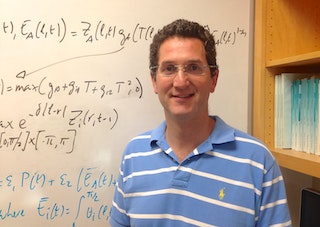