An Essay by Sylvia Earle, Founder of Mission Blue and National Geographic Explorer-In-Residence, and John Bridgeland, Founder and CEO of Civic Enterprises

Life on Earth will not survive without protecting the vitality of our oceans — and those oceans are in serious trouble. Creating protected marine reserves is one way we can make progress toward protecting them.

For more than 2,000 years, Greek mythology has conjured up images of Oceanus and Poseidon with his Trident wielding power over Earth’s most valuable resource — the ocean. But it wasn’t until just 50 years ago that we began to fully understand how important the ocean ecosystem is to life on Earth.

We now know how critical the ocean is to planetary chemistry, regulating temperature, and governing climate and weather. The ocean generates most of the oxygen in the sea and atmosphere that provides the air we breathe; powers the carbon, nitrogen, and water cycles to provide the fresh water we drink; holds 97 percent of both the Earth’s water and biosphere; and harbors millions of species. Without a healthy ocean, we will not have a habitable planet.

The ocean generates most of the oxygen in the sea and atmosphere that provides the air we breathe. … Without a healthy ocean, we will not have a habitable planet.

The ocean is also critical to a vibrant economy. The ocean is the pathway to 90 percent of global trade, and increases tourism, creates jobs, provides food, and generates marine renewable energy and biotechnology.

The last frontier is in trouble

But, the ocean is in serious trouble. Since the 1950s, human beings have been so efficient with their extraction technologies that 90 percent of many fish — tunas, swordfish, marlin, sharks, cod, and halibut — and other ocean wildlife are gone.

A commercial fishing trawler works near the Netherlands. (Shutterstock)

Overfishing continues today, and illegal, unregulated, and unreported fishing is estimated to affect one in every five fish caught today, with an annual cost of up to $23 billion. Half of the coral reefs, mangrove forests, and seagrass meadows have disappeared or are in serious decline. Phytoplankton that is critical to absorbing carbon dioxide has dropped 40 percent over the last six decades.

Oceans are also the repositories of our wastes, creating dead zones that have approximately doubled in size every 10 years since the 1960s. Ocean acidification, driven by excess atmospheric carbon dioxide, is altering ocean chemistry and creating hypoxic areas that are suffocating marine life. Mining on the ocean floor will cause irreversible damage to deep-sea ecosystems. The ocean is certainly not too big to fail.

There are pathways forward and leaders in the United States and around the world are taking action. These moves are critical, given that what we do in the next 100 years will affect the next 10,000. A strong scientific consensus tells us that at least 30 to 40 percent of the ocean needs full protection to restore and maintain its health. This is a good benchmark from which to take action and measure our progress.

A strong scientific consensus tells us that at least 30 to 40 percent of the ocean needs full protection to restore and maintain its health.

The importance of blue parks

The national park idea took off more than a century ago in the United States and put large tracts of land into federal custody for the benefit of future generations. Since President John F. Kennedy created Buck Island Reef National Monument, presidents have taken action to bring the national park idea to the ocean, creating marine reserves or “blue parks.”

In 2006, President George W. Bush used his executive power under the American Antiquities Act to create the largest marine reserve in the world at the time, Papahanaumokuakea Marine National Monument, and followed up with the designations of the Marianas Trench, Pacific Remote Islands, and Rose Atoll Marine National Monuments in early 2009.  President Bush made the case for protection clear: “the vibrant beauty of the oceans is a blessing to our country… to the world.  The oceans contain countless natural treasures. They carry much of our trade; they provide food and recreation for billions of people. We have… a solemn responsibility to be good stewards of the ocean and the creatures who inhabit them.”

A small boat cruises through the clear lagoon water toward a sand spit with endangered Hawaiian monk seals on it at Pearl and Hermes Reef, part of the Papahanaumokuakea Marine National Monument, Hawaii. (Mark Sully / Shutterstock)

New Zealand, Australia, Britain, France, Palau, and other countries are following suit within their jurisdictions up to 200 miles off their coasts. The island nation of Palau protects nearly 80 percent of its territorial waters as a marine reserve and promotes diving as a main tourist attraction with benefits both to the environment and the local economy.

As areas within national jurisdiction of many countries become marine reserves, and international collaborations produce other important gains, the percentage of ocean under full protection has risen to just over 2 percent, a tiny fraction of what is needed to ensure a healthy marine system. Dr. E.O. Wilson and other prominent scientists and leaders have called for the full protection of the largely ungoverned and unregulated High Seas — areas beyond national jurisdiction covering 43 percent of the surface of the Earth — as a global marine reserve. Protection of the High Seas can right our planetary ship.

The market arguments for protecting the High Seas are strong. Most fishing on the High Seas is economically irrational, becoming profitable only with billions of dollars in government subsidies. In turn, research has shown that if we fully protected the High Seas, more than 120 maritime nations would benefit from increased fish stocks and reduced income inequality.

[R]esearch has shown that if we fully protected the High Seas, more than 120 maritime nations would benefit from increased fish stocks and reduce income inequality.

Furthermore, fishing on the High Seas itself plays a small role in global food security, with total catch from the High Seas accounting for just over 2 percent of total seafood production. Fully protecting the High Seas would give our planetary system a chance to recover.

A group of marine scientists, filmmakers, journalists, and policymakers, of which we are a part, have joined together to raise awareness of what is at stake on the High Seas and what can be done to protect them. The Aspen High Seas Initiative has identified four critically important marine ecosystems that merit protection and enforcement on the High Seas: the White Shark Café in the Pacific; the Sargasso Sea in the Atlantic; the Palmer Archipelago in the Antarctic; and the Central Arctic Ocean.

As one example of progress, satellite tagging of Great White Sharks has revealed these apex predators spend more time in an offshore habitat between Hawaii and the southern California coast — an area that Stanford Professor Barbara Block has named the “White Shark Café” — than they do in coastal areas. A major expedition last spring led by Dr. Block and enabled by the Schmidt Ocean Institute provided critical data that bolsters the case for listing the Café as a World Heritage Site.

As another example, 10 nations, including the United States, have signed a “Hamilton Declaration” to conserve the Sargasso Sea, located in the northwestern Atlantic Ocean. The Sargasso Sea has a golden floating rainforest of Sargassum seaweed that is the only breeding ground for European and American eels and provides a protective home for loggerhead turtle hatchlings and countless other species.

While these actions represent real progress in both cases, neither the designation of a World Heritage Site or signing of a regional declaration provides the kind of permanent protection to these areas of the High Seas that marine reserves do within national jurisdiction. More concerted action globally will be required to protect these vital ecosystems, including an update to the UN Convention on the Law of the Sea that is currently being negotiated at the United Nations.

The boldest move that would be good for the environment and the economy would be making the High Seas a global marine reserve. On the heels of the Industrial Age with fierce opposition from many quarters, Americans and eventually nations across the globe created more than 6,000 national parks. We need to bring that same energy and commitment to protecting Earth’s last conservation frontier — the ocean — as if our lives and livelihoods depended upon it, because they do.

The boldest move that would be good for the environment and the economy would be making the High Seas a global marine reserve. 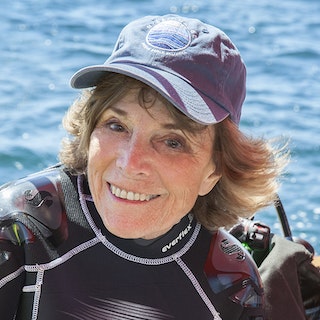 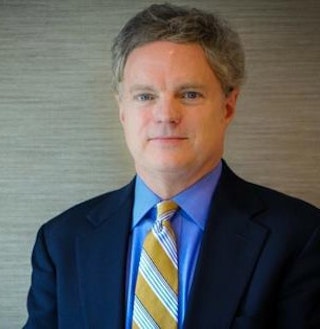