Restoring the Spirit of Liberty at Home and Abroad

In the years following World War II, democracy steadily spread across the globe and led to a period of relative peace and prosperity. The trend has begun to reverse, however, and Americans need to celebrate, protect, and extend the spirit of liberty at home, and in the world.

This essay is an excerpt of the Call to Action paper authored by George W. Bush Institute Human Freedom Fellows Thomas O. Melia and Peter Wehner. The paper will be presented at The Spirit of Liberty: At Home, in the World conference the Bush Institute is convening in New York on October 19. The paper lays the foundation for a Bush Institute project to help galvanize a new 21st century American consensus on behalf of democratic freedom and free markets and the institutions that allow the spirit of liberty to flourish at home and in the world.

For more than 75 years, the liberal international order purposefully constructed in the aftermath of World War II has helped secure peace, advance justice, and expand prosperity in the United States and around the world. This is an extraordinary historical achievement, and American leadership has been central to its success. As historian Robert Kagan has written:

Perhaps democracy has spread to more than a hundred nations since 1950 not simply because people yearn for democracy but because the most powerful nation in the world since 1950 has been a democracy.

Yet today that order appears to be dissolving; it is certainly under attack. The present crisis is not new or sudden; it has been mounting for years. Yet there is a certain urgency newly in the air; we may be approaching a tipping point.

If we as a nation are to be equal to the challenges that now confront the Free World, we need to be clear and confident about what we are fighting for; not just what we are reacting to, or fighting back against. Americans need to take action, to celebrate, protect, and extend the spirit of liberty at home, and in the world.

In Depth: The Spirit of Liberty

Call to Action -- The Spirit of Liberty: At Home, in the World

The liberal democratic world order is under assault in the first instance from those who never fully embraced democracy, free markets, and universal principles of human freedom. Some are hard, unyielding dictatorships like Iran, North Korea, Sudan, and Zimbabwe. Others have been part of, or seemed for a time to be approaching, the community of democracies but have reversed course under their current leaders, including Hungary, Turkey, and Venezuela. Deficits of liberty and human rights continue to define most of the Middle East, Central Asia, and large swaths of sub-Saharan Africa, with accompanying poverty, oppression, and insecurity.

In recent decades, Russia and China in particular have drafted on the global system of rules to the benefit of their nations.  Yet now these governments foster national narratives of grievance as they challenge the rules and order and democratic norms themselves.

In tandem with other authoritarian regimes, they now seek to weaken and destroy the system of international law and organizations, genuinely defensive military alliances, and multilateral trade regimes.  Their brazenness has been well documented, even in the form of direct assaults on Western elections.

The liberal democratic world order is under assault in the first instance from those who never fully embraced democracy, free markets, and universal principles of human freedom.

The established world order is also under external attack from non-state actors, including criminal networks, narco-traffickers, and rogue officials in many countries who exploit the rules that most people and businesses abide by to siphon public resources for their personal enrichment. The most dangerous non-state actors are violent extremists in the Islamic State and its spawn around the world, who have radicalized men and women to launch murderous attacks on civilians at work and play, as well as on symbols of democratic authority.

More troubling than the backsliding in those places beyond the democratic circle is the increasingly evident downdraft in democratic resilience in countries that have long been part of the democratic West. In much of the Western world, we are seeing a rise in demagogic populism, illiberalism, nationalism, and protectionism; in short, fading confidence in free markets and the institutions of democracy.

This is due in significant part to the failure of the democracies to deliver on the promise of a better life for many of their citizens. Indeed, the recent recovery from the Great Recession of 2008-2009 has been characterized by exacerbated income inequality and wage stagnation across the democratic world.

In much of the Western world, we are seeing a rise in demagogic populism, illiberalism, nationalism, and protectionism; in short, fading confidence in free markets and the institutions of democracy.

A demonstrator for the 'Leave' campaign holds a placard outside the British Parliament on June 15, 2016. (Luke MacGregor/Bloomberg via Getty Images)

America is not immune from the rise of illiberalism. Indeed, some observers posit that the populist strain in democratic politics, both on the left and the right, has its origins in the United States. Whatever the genesis, in 2017, politicians and media personalities in America have energized partisan and racial confrontation, to the point where racists and nativists have been emboldened.

Confidence is also waning in America’s governing institutions and in the utility of free markets and international trade to better the conditions of the working class. Many recent polls have shown that a majority of Americans favor more trade restrictions and think that current U.S. trade agreements have done more harm than good.

At the core is a sense for many Americans that during a period of global reordering their country is failing to deliver on the promise of “life, liberty, and the pursuit of happiness,” and that policies to advance freedom and free markets internationally come at too high a cost.

In order for America to be a credible advocate for democracy and markets, democracy and the market place in the United States have to be seen, by Americans and others alike, to be working well. Below are several areas and actions our society and government can take, internationally and domestically, to strengthen democracy and revive the faith of Americans in it.

In order for America to be a credible advocate for democracy and markets, democracy and the market place in the United States have to be seen, by Americans and others alike, to be working well.

Both the general public and those overseeing our political process need to be more alert to and resilient in the face of growing attacks from external enemies on American democracy. The newest and arguably the most insidious danger is the effort of foreign governments like Russia to influence American political discourse and undermine the credibility of our democratic election process. This is an extraordinary development, and for America an unprecedented one. Among the necessary responses are:

We live in a world largely shaped by America and within a liberal democratic order that overall has served the American people well. It has also been a boon to other peoples of the world. This isn’t incidental or accidental. For more than seven decades the United States has consistently, if imperfectly, led the world toward these achievements.

The United States remains the indispensable nation. Yet many Americans have grown weary of the burdens of global leadership and unsure about its benefits. One way to ease the fatigue is to show the American people in concrete, tangible, real-world ways why and how U.S. engagement and global leadership is in their self-interest. Mindful that America’s credibility and influence in the world is strengthened or weakened to the extent our country is seen to be living up to our founding principles, the following are concrete steps that should be taken.

America’s 13 original states “joined in one solid compact” represented by the words e pluribus unum (out of many, one). Yet today's political polarization is having a pernicious effect, dividing us rather than unifying us, causing us to view others as aliens instead of as fellow citizens and, increasingly, to view those of another political persuasion as unpatriotic and even dangerous to the survival of the republic.

At times like these, we need to revivify our identity as Americans and embrace the shared responsibilities of citizenship in a free society. Two areas for focus and renewal are civic learning and civic service.

Service to community and country:

We have experienced a nearly across-the-board loss of faith in public and private institutions over the last several decades, including government, Congress and the Supreme Court, organized religion and public schools, the media, big business, and organized labor. There’s no question that restoring faith in American democracy requires restoring faith in our democratic institutions. The ongoing distrust can be corrosive. Three institutions — the media, religious institutions, and higher education — are discussed here as examples for how to think about the problem and begin rebuilding confidence.

Protesters gather in front of the US Embassy in Brussels, Belgium on February 12, 2017. (Dursun Aydemir/Anadolu Agency/Getty Images)

In each of these cases — the media, religious institutions, and universities — the recommendations proposed here amount to a restoration of the fundamental purposes of the institutions in question, and so in a sense a recommitment by each to its ethic. This is the course that every American institution should follow.

On October 19, the George W. Bush Institute will host The Spirit of Liberty: At Home, In the World, a national forum in New York City focused on freedom, free markets, and security.

Learn more and watch the event

These proposals are all of a piece. They aim to rouse the American people to the defense of our common way of life — to the defense of the free society and the vision of the good that underlies it — so that our nation can again lead the world toward the consolidation of a just world order. That vision is now under threat by a combination of adversaries and challenges that makes this a time of exceptional danger. But our public life is too often carried on now as though there were no such danger — as though we could afford to be frivolous and careless about how we conduct ourselves or to let division weaken us.

We cannot. America cannot afford to lose its confidence and hope. We must not fall into resentment or frustration. We must not treat politics as entertainment. Instead, we must recover responsibility in every arena of the life of our country.

It is a time to take seriously and resist forthrightly those who would seek to distort or manipulate our democracy from abroad, a time to replenish our exhausted stores of moral capital and confidence at home, a time to remind ourselves of the ideals of our republic, and a time to help our politics better address the needs and desires of the American public through our free institutions and not against them.

It is, in other words, a time for civic seriousness. It is a time for action. 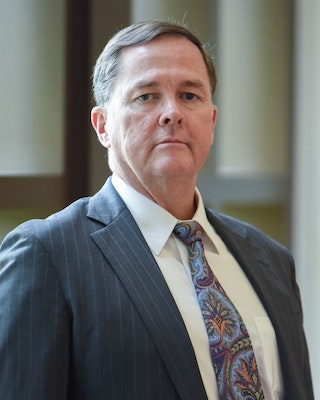 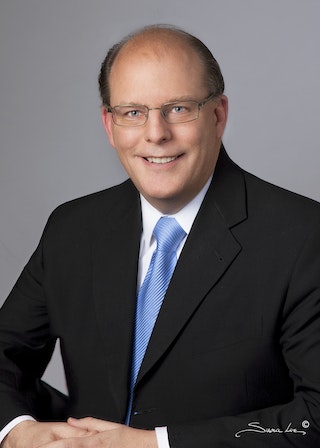