Healing Starts with Leadership — Including Our Own

Essay by Kenneth A. Hersh, President and CEO of the George W. Bush Presidential Center

Our democratic institutions may frustrate us, but they are able to adjust, change, and help us move past a zero-sum politics. They also work best when we ourselves step forward to lead them.

Today, the lack of trust in our democratic institutions threatens the very fabric of our society. Too many question authority, regardless of veracity. Too many clench their fists before thinking. Too many focus on the self, rather than themselves. Too many seek division, rather than unity.

On the surface, our institutions seem ill-equipped to handle such division. They were designed by visionary and bold, yet flawed individuals. And their design was both brilliant and peculiar. Our institutions were set up to frustrate us — with checks and balances, frequent elections, tension between state and federal authority, and a Bill of Rights to prevent any single person, or the tyrannical majority, from leading us astray.

Thankfully, the founders designed a system that was also a living framework — able to adjust, change, and heal. It was precisely because we were flawed that the founders went to such lengths to frustrate us. “If men were angels, no government would be necessary,” wrote James Madison in Federalist 51.

But our 250-year-old policy experiment ebbs and flows with the times. The miracle of the United States is that we can work out our differences, usually in a civil manner, and take out our frustrations at the ballot box.

The miracle of the United States is that we can work out our differences, usually in a civil manner, and take out our frustrations at the ballot box.

It is said that Americans will do the right thing after we have tried everything else. The problem comes when it is perceived that the institutions themselves stop serving the people, and frustration boils over. Clearly, the Civil War was the ultimate example that tore this country apart. But over the decades, and recently, frustration has boiled over as well. 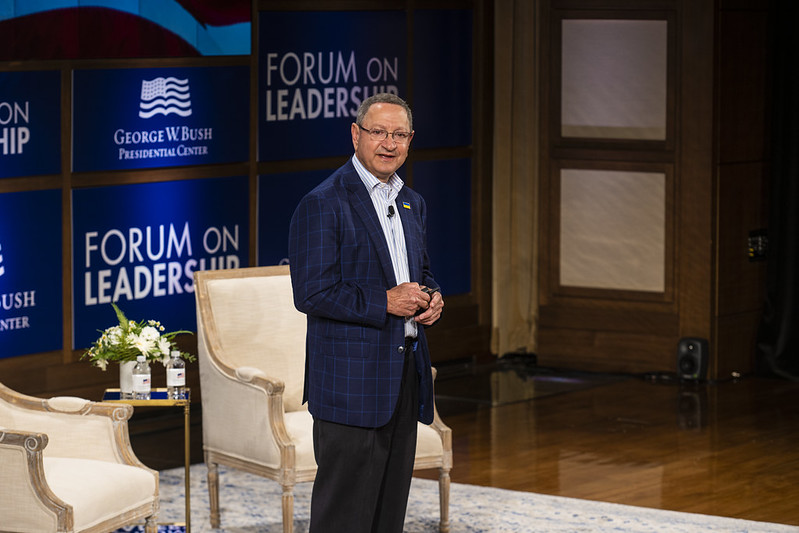 Kenneth A. Hersh, President and CEO of the Bush Center, details the importance of solving problems in difficult times during the 2022 Forum on Leadership.

Civil unrest occurs when one side feels their concerns are not only unaddressed, but also unaddressable by the system. Agree or not, the quest to be heard drives a lot of behavior. People act out when they feel they have no other recourse. John Lewis called it “getting into good trouble.” Former Defense Secretary Jim Mattis called it “nurturing your Maverick thinkers.”

Historically, these outbreaks were unusual and uncommon occurrences. Today, our lack of civility seems to put us on the brink of an outbreak with just about every issue. With a political process that has been captured by the extremes, topics get framed as zero-sum battles.

You can see why the stakes appear to be so high. “Losing” is considered so untenable, and civility goes out the window.

Why does this persist? Are our institutional frameworks flawed? Or is it the lack of principled leadership of these institutions?

Our durable institutions have survived for nearly 250 years through much turmoil, so I doubt the issue lies with the institutions themselves. The real issue may lie with us. We should accept our imperfections and come together with patience, realism, and a little humility. In so doing, our politicians will follow our lead.

We should accept our imperfections and come together with patience, realism, and a little humility.

President George W. Bush challenged us in his first inaugural address with this charge, “We must live up to the calling we share. Civility is not a tactic or a sentiment. It is the determined choice of trust over cynicism, of community over chaos.”

Healing must start with leadership. Throughout our history, when the institutions have failed to serve, it was usually the result of ineffective leadership.

The first is institutional leadership — positions derived from the geography of sitting atop an org chart, standing at a podium, or sitting at the head of a table. This kind of leadership derives authority from norms or charters. But these posts are temporary, with power borrowed until terms expire, people resign, or replacements are named.

The second form of leadership rises to the times and can come from anywhere. This is consequential leadership. Rosa Parks led from the seat of a bus. The passengers on Flight 93 led from the aisle shouting “Let’s roll” as they made the ultimate sacrifice.

But there are times when these different types of leadership converge.

Congress Can Break Through Polarization. “We may think of Congress as the last place to see collaboration, but lawmakers can break through the current polarization. Lessons from the past show us the way.”

We have now reached the moment for consequential leadership — and our leaders need to answer the call. That means calling to support and strengthen our institutions and not to storm them or tear them down.

Plus, it’s a time to remind ourselves that decency and civility are everyone’s responsibility. The 18th century British statesman Edmund Burke taught us: “The only thing necessary for the triumph of evil, is for good men to do nothing.”

Why is this so important?

First, what happens over there, matters here – 9/11 taught us that.

Second, what happens here, informs matters over there – today’s division teaches us that.

With our dysfunction and division here at home, we have lost the moral ground that younger democracies look to for courage and hope that they are on the right track. We should be the example for the world’s democracies. We must get our act together, so we can project that virtue and inspire them.

And we should recognize that we do a lot that is right and good, and which serves to advance, not destroy humanity.

And we should recognize that we do a lot that is right and good, and which serves to advance, not destroy humanity.

Our charge at the Bush Center is to pursue with honor, civility, and humility the values of freedom and liberty. We seek to combine ideas and action to improve the lives of people at home and around the world, by ensuring opportunity for everyone, strengthening our democracy, and advancing free societies.

In that first inaugural, President Bush called America’s journey “a story of flawed and fallible people, united across the generations by grand and enduring ideals.” And he went on to emphasize that “our Unity, our union, is the serious work of leaders and citizens in every generation.”

We now need to answer that charge and do serious work with optimism to show America at its best. 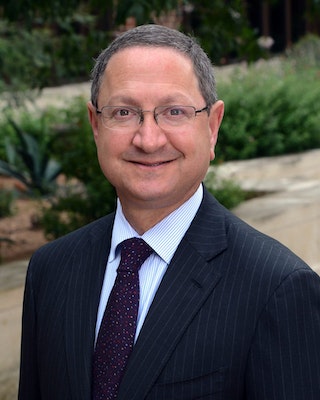