An essay by Chris Walsh, Senior Program Manager in the Human Freedom Initiative at the Bush Institute

Even though Texas and Beijing are separated by an ocean and 7,000 miles, China's lack of freedom has ripple effects that aren't limited by distance — as Houston Rockets fans and the NBA learned. How can the U.S. respond when China's authoritarian culture seeps into America?

Cancel Culture. It’s a phrase that defines debates around American free speech. When it comes to China and free societies, however, cancel culture takes on a very literal meaning.

Last year was a revelation for many Americans that the Chinese Communist Party (CCP) was waging its own “cancel culture” on free expression.  This became broadly recognized after Beijing clashed with the NBA over then-Houston Rockets General Manager Daryl Morey’s pro-Hong Kong sentiments; in fact, American fans were denied the freedom to bring signs into arenas supporting Hong Kongers and Uighurs.  This was a wake-up call that an authoritarian regime 11,000 miles away was shaping the behavior of American cultural institutions.

This was a wake-up call that an authoritarian regime 11,000 miles away was shaping the behavior of American cultural institutions.

These tactics aren’t surprising given how the CCP governs China: denying its people civil liberties and political rights, developing vast censorship machinery, and employing Orwellian national surveillance.  Beijing applies that same systemic tyranny to relations with the United States and other free societies.

Consider the example of Hollywood. A report from PEN America paints a dark picture of how Beijing is controlling your favorite movies. It describes a process by which, “U.S. film studios compete for the opportunity to access Chinese audiences” and that “many are making difficult and troubling compromises on free expression: changing the content of films…engaging in self-censorship…and in some instances directly inviting Chinese government censors onto their film sets to advise them.”

Anything perceived as disparaging China or mentioning taboo topics like Tiananmen Square, Uighurs, Tibet, or Taiwan must be censored. This has affected films like the remake of Red Dawn, Doctor Strange, and the soon-to-be-released Top Gun: Maverick.

Actors like Richard Gere, a vocal advocate for Tibet and friend of the Dalai Lama, have paid a professional price for crossing Beijing. Gere told the Hollywood Reporter that, “I recently had an episode where someone said they could not finance a film with me because it would upset the Chinese."

The Nintendo Switch game Animal Crossing was banned in China after it was used to organize protests in Hong Kong.

Movies aren’t the only forms of entertainment in the CCP’s crosshairs. The experiences of Hong Kong democracy activist Joshua Wong suggest video games are becoming problematic. He recounts how a Nintendo game, Animal Crossing, was used to organize Hong Kong protests and that it was subsequently banned on mainland China. He also shared how friends and family on the mainland were denied access to PlayStation 4’s online network given the implications for the free flow of information.

Then there’s sports. The well-publicized saga between the NBA and China is one example.  There’s also the strange case of Mesut Özil, a controversial soccer star who plays for the United Kingdom’s Arsenal F.C. In 2019, he tweeted his support for China’s Uighur people, a Muslim minority oppressed by the CCP. Chinese authorities have placed one million, possibly more, Uighurs into concentration camps with potentially genocidal intent.

Özil believes his tweet triggered a series of professional consequences including China’s CCTV and PP Sports refusing to broadcast an Arsenal match, his removal from video games and internet searches in China, his name’s exclusion from Arsenal’s Chinese merchandising, and ongoing estrangement from his team. As the New York Times put it, nearly a year after that tweet, “Mesut Özil has, effectively, been erased.”

Beijing’s cancel culture will likely grow bolder with its ambitions to supplant the liberal democratic order constructed by the United States after World War II. While the current system is founded on individual, political, and economic liberty, China’s model is based on control, repression, and censorship.  For this reason, the United States can’t withdraw from the world and leave Beijing unchallenged to shape international norms and promote a global agenda that doesn’t respect freedom of expression.

How do we respond to Beijing’s cancel culture? The surest way is comprehensive policy that counters tyranny worldwide. A recent Bush Institute report offers ideas for the United States – at all levels of society – to better support democracy and human rights overseas, revitalize American global leadership, and bolster the liberal democratic order.

How do we respond to Beijing’s cancel culture? The surest way is comprehensive policy that counters tyranny worldwide.

Regardless, whether it be through the movies, video games, sports, or music, Beijing’s cancel culture is real. It threatens every American who values freedom of expression and can’t be allowed to win the day. 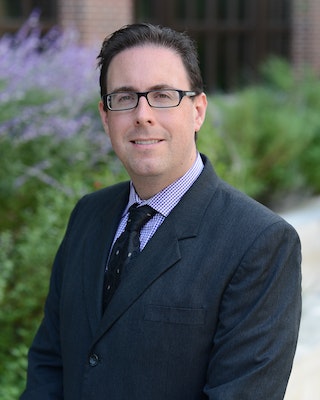