Critical to the American system are citizens that actively participate in its democracy.  What do young Americans need to be prepared for our fast-moving capitalist democracy?

The United States was founded by people seeking relief from an oppressive political and economic system. Three stunningly prescient documents – the Declaration of Independence, the United States Constitution, and the Bill of Rights – made it clear that newly-minted Americans valued the pursuit of happiness and the pursuit of wealth, should that be desired. Ownership was no longer relegated to the state or the landed class.

The Founding Fathers had a vision of country that valued personal liberty and free enterprise, but they doubtless would be gobsmacked by the pace of today’s change, the scope of geopolitics, and the scale of trade. What would the Continental Congress make of the spiraling market disruptions caused by a basketball executive’s tweet about Hong Kong’s political protests? How would they reconcile freedom of speech, a foreign fight for democracy, and a massive economic opportunity overseas?

Young Americans will spend their lives steeped in this complexity. What do they need to fully participate in our capitalist democracy?

1) Discernment: Navigating a rapid-fire world of news and analysis breaking across multiple platforms challenges all of us. Young people need strong reading and comprehension skills to develop discernment and solid judgment. What is a primary source? What is secondary analysis? What makes someone an expert? What is the difference between reporting and opinion? What does this action cost — and what is the benefit? What is the risk of a decision?

According to the 2017 NAEP scores, only 36 percent of eighth graders in our country are on track in reading. Are we preparing young Americans to seek information and think carefully for themselves? Or will they be more likely to retweet bot farms and follow shiny objects?

Whether young people aspire  to sign the front of payroll checks or the back of them, it is critical to help them consider how he or she adds value to an organization. Let’s be clear – the value of humans is not solely aligned to economic productivity. But our economic system is dependent on collective productivity. Anyone who needs or wants to earn a salary to support themselves and their family must expect to contribute to earn.

3) Curiosity (and its kissing cousin, Humility): A dynamic system like capitalism requires that all of us expect to continually learn, get better, expand our knowledge, and adapt. All of that is impossible without curiosity and humility.  Your job may disappear – what will you do instead? Your point of view will be challenged – how will you strengthen or adapt your position? The antidote to polarization is increased curiosity and humility. You don’t have to agree with everything others say, but you should be curious to understand why they say it.

4) Engagement: America’s democratic capitalism only works when its citizens show up and engage. That includes running for office and voting, but it also includes serving on a town’s zoning committee or serving as commissioner of the municipal youth sports league. It means showing up for work. Showing up to volunteer. Enlisting in the military. Serving as a first responder. Paying parking tickets and taxes. Showing up for others in ways both big and small. Young people learn to value engagement by watching the adults around them do it.

Robert Pondiscio, Fordham Institute senior fellow, recently wrote  “…school is not where kids learn civic engagement. It’s where they experience it. Where they feel the civic engagement of others, of adults whose job it is to get them bought in, and with a feeling of attachment to civil society. Hopefully they see a role for themselves in American life, and they’re eager to get busy doing it.”

Schools – namely the educators who staff and lead them – can help young people build these muscles. What, then, is our collective responsibility?  Supporting schools that embrace rigor, accountability, and leadership. Insisting on schools that ensure that students can read, write, and do math. Committing to schools that ensure rigorous content for all students so that they can make meaning of democracy, capitalism, and our complex world.

As President Bush once said “Education provides the skills necessary to expand horizons and allow for economic success. Education also exposes young men and women to the great ideals of our heritage – liberty and responsibility, participation, and patriotism. And in doing so we secure our democratic way of life.” 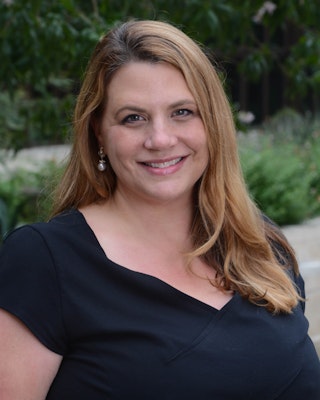