Young Creatives Are Driving the Rise of the New Innovation Economy

An Essay by S. Craig Watkins, the Ernest S. Sharpe Centennial Professor and Founding Director of the Institute for Media Innovation in the Moody College of Communication at the University of Texas at Austin

Young people are coming of age during of significant change and transition — and are leading the way by bringing about new models of work, career, and entrepreneurship.

Craig Watkins (right) teaching a radio/film/TV course at the University of Texas at Austin. (via UT Austin)

Millennials became the largest segment in the U.S. workforce in 2015, and they currently represent more than one-quarter of the nation’s population.

Millennials live in a world of contradictions. They are the most-educated generation in U.S. history, and yet stable and meaningful employment remains elusive. Even as a college degree continues to matter in our knowledge-driven economy, having one is not a guaranteed pathway to upward mobility and financial stability.

Most young people struggle with the realities of an economy in which work is itinerant, unfulfilling, or incommensurate with their education or expectations. Add to that the acceleration of automation. A 2017 report by the McKinsey Global Institute finds that as early as 2030 nearly one-third of the American workforce may have to find new work as a result of automation.

These changes, the report asserts, “imply substantial workplace transformations and changes for all workers.” A question that I often get from first-year college students and even high school seniors is revealing: Will there be jobs when I graduate?

Young people are coming of age at a time when many of our notions about work, identity, opportunity, and mobility are undergoing profound change. In the economy of tomorrow, more young people will be required to design their own careers and define their own notions of success. This explains, in part, the rise of young creatives — artists, designers, media makers, techies, educators, civic leaders, and social entrepreneurs — and what I call the "new innovation economy."

Young people are coming of age at a time when many of our notions about work, identity, opportunity, and mobility are undergoing profound change. In the economy of tomorrow, more young people will be required to design their own careers and define their own notions of success.

In 2011, Phillip Cooley purchased a 30,000 square foot abandoned warehouse near downtown Detroit. Similar to many other structures in Detroit, the building was a relic of the city's glorious industrial past. When Cooley and his colleagues began to brainstorm ideas for what to do with the building, they kept coming back to one question: What if the building could benefit local creative types and entrepreneurs rather than the select group from the tech, educated, and entrepreneurial elite clustered in a revitalized downtown Detroit?

They decided to offer inexpensive work space to socially conscious designers, entrepreneurs, and artists. They called the new space Ponyride.

The model is premised on the idea that when you empower diverse entrepreneurs you expand the social network of entrepreneurship and the kinds of businesses, services, and products that are likely to emerge. Over the years Ponyride has been home to a wide range of creatives and entrepreneurs from art, film, technology, small industrialists, the food and beverage sector, fashion, health and beauty consumer goods, and the non-profit sector.

A once-abandoned warehouse became Ponyride in Detroit, Michigan. (via Ponyride)

These enterprises have been remarkably diverse in terms of race and gender. In addition, many of them have made it a mission to impact the surrounding neighborhoods of Detroit by offering employment, seminars on entrepreneurship, and other educational services that promise to make entrepreneurship a social contagion.

Expanding our notions of innovation

The new innovation economy also expands the innovation enterprise into new terrain. Take, for example, Juegos Rancheros, an independent game developer collective in Austin. Juegos is composed of a mix of creative types, including game developers, artists, writers, and makers of interactive media. Many of the group's members moved to Austin, attracted by the creative-as-cool lifestyle that has become a hallmark feature of the city.

In the late 2000s Austin emerged as a hub for game development. But the rise of smartphones and mobile and casual gaming has made the maintenance of satellite studios like the ones that formed in Austin difficult to sustain. A lot of the young people working in Austin's local games economy suddenly found themselves looking for work as studios cut back their staff or shut down their operations.

In the face of industry contraction and cyclical employment, a group of local game developers started an informal collective composed of people who wanted to make independent games. The games they make are notably different from the games made by corporate studios. Whereas corporate studios produce games that emphasize intense action, violence, and limited roles for women, the indie game developers at Juegos produce games that emphasize art, story over action and violence, and gender inclusion.

Not surprisingly, technology plays a major role in the rise of the new innovation economy. In the new innovation economy powered by young creatives, open source software, high powered laptops, and other cheap tools make it possible to produce high-quality content. In the case of indie game developers, the availability of affordable software and hardware lowers the barrier to entry and developing high quality three-dimensional games.

Most people may recognize Issa Rae from her HBO original series Insecure but YouTube was where she built her audience and a powerfully inclusive notion of what a television show could look like. Media creatives like the Juegos collective and Rae leverage technology in novel ways. Social media platforms — YouTube, Twitter, Instagram — enable them to build an audience while also serving as low-cost distribution channels.

Technology, however, is not the story. Rather, it is how young creatives adopt technology to invent new things like independent games or television shows that disrupt the conventional narratives in media. These creatives expand our notions of what media can be in a world marked by diversity and complexity.

Technology, however, is not the story. Rather, it is how young creatives adopt technology to invent new things like independent games or television shows that disrupt the conventional narratives in media.

The new geography of innovation

Many of the enterprises that I come across in my research represent what I refer to as the innovation labs of tomorrow. Innovation labs are common features in the worlds of big tech and well-funded universities.

Google's X lab has been the birthplace for a number of innovations, including a contact lens that measures glucose levels in a person’s tears, augmented reality eye ware like Google Glass, and autonomous vehicles. Apple's innovation lab has paired artists, designers, and engineers with each other to invent products that have transformed our lives like the iPhone. Universities, too, are home to vibrant innovation spaces including research laboratories, studios, classrooms, and libraries.

But most young creatives do not have access to big tech companies or well-endowed universities. In the face of enormous odds, young creatives are using social ingenuity to turn a variety of unlikely spaces — local coffee shops, public libraries, community centers, an apartment, or even a laptop — into their innovation lab. As a result, they are expanding the geography of innovation.

But most young creatives do not have access to big tech companies or well-endowed universities. In the face of enormous odds, young creatives are using social ingenuity to turn a variety of unlikely spaces — local coffee shops, public libraries, community centers, an apartment, or even a laptop — into their innovation lab.

The innovation labs of tomorrow strive to democratize access to the social, physical, and technological resources that drive innovation. In my research I discovered several instances that illustrate the expanding terrain of innovation.

For example, there is the hip hop artist Prince Harvey who used a display laptop in a Manhattan Apple store to complete his album after his personal laptop broke down. In addition to the laptop, the store offered him access to Wi-Fi and a suite of music creation software.

I have also witnessed many young creatives gravitate to co-working spaces to make professional connections, find inspiration, and pursue their entrepreneurial aspirations. Co-working spaces are becoming a popular "workplace" for a generation that will largely only know work via the gig and side hustle economy. Co-working spaces offer them access to the resources — people and ideas — that are necessary to persist in an economy in which work is becoming more itinerant and precarious.

Why the new innovation economy matters

Schools, for example, do not cultivate social ingenuity. In the new innovation economy, the ability to learn new things, often on demand and in order to solve uncharted problems, is a necessity. In terms of technology it is no longer enough for schools to offer the latest or shiniest new gadget. Instead, schools should be designing learning experiences that encourage students to use technology to innovate, solve problems, and build future-oriented enterprises. That is, to see technology as a tool to creating solutions and not a solution by itself.

[S]chools should be designing learning experiences that encourage students to use technology to innovate, solve problems, and build future-oriented enterprises.

At its core the new innovation economy represents the inventive ways that young people are navigating the evolving world of work. After observing and talking with young people from all across the U.S. and parts of Europe, I am convinced that the economy they are building privileges principles like diversity, inclusion, and a social impact ethos over homogeneity, exclusion, and a wealth-at-all costs ethos.

Even as young people face an economy marked by uncertainty and widening economic disparity, they are experimenting with the new models of work, career, and entrepreneurship. Among other things, this new economy promises to pave the way for the next generation of workers to find dignity and opportunity in the career paths that they pursue.

Policymakers, educators, and industry leaders can all learn something from this new economy, if only we pause to understand its appeal and potential. 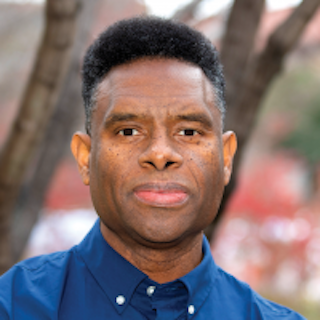 S. Craig Watkins Ernest S. Sharpe Centennial Professor and Founding Director of the Institute for Media Innovation in the Moody College of Communication at the University of Texas at Austin Full bio