Five Questions to Ask — and Answers to Know — About the U.S.-China Relationship

An Essay by Henry Paulson, Former U.S. Secretary of the Treasury and Founder and Chairman of the Paulson Institute

An adversarial relationship with China, rather than a strategically competitive one, could have ripple effects throughout the U.S. economy.

Henry Paulson draws upon his expertise in dealing with China as treasury secretary under President George W. Bush, as chairman and chief executive officer of Goldman Sachs, and now as founder and chairman of the Paulson Institute. In this Catalyst article, he raises and addresses the questions he considers most critical — and which he hears most often from people — about a relationship that is central to the world economy.

How would you characterize the current state of the U.S.-China relationship?

We are strategic competitors with China and we shouldn’t shy away from saying so. United States concerns about Chinese choices and behaviors are real. But I worry that there has been a “militarization” of the U.S. view of U.S.-China relations.

For 40 years, economic integration between the two countries was thought to be a force that would mitigate security competition. But now national security concerns are bleeding into virtually every aspect of the economic relationship, thus refracting nearly every other issue, from investment to scientific collaboration, through the prism of military thinking, defense requirements, and the zero-sum “win-loss” nature of military competition.

Battles are won and lost, as every general knows. But when people trade a good or service, they can both benefit. So the problem with this general militarization of approaches to U.S.-China relations is that nearly every area of the relationship will be viewed in the zero-sum, “win-loss” terms of the battlefield.

But if every Chinese gain is always to be America’s “loss,” then it will be impossible to maintain a productive relationship in areas where we clearly have joint interests, such as fighting climate change and promoting global stability.

If every Chinese gain is always to be America’s “loss,” then it will be impossible to maintain a productive relationship in areas where we clearly have joint interests, such as fighting climate change and promoting global stability.

What are the core challenges and risks that you see emanating from U.S.-China tensions?

Technology competition is the core challenge in the U.S.-China relationship, blurring the lines between economic competitiveness and national security. And it is clear to me that this is a competition that won’t be settled through a negotiation, it will be contested.

The biggest risk I see is that we end up sequestering so much U.S. technology that we create what I’ve called an Economic Iron Curtain — one that decouples supply chains and erects incompatible rules and standards throughout the global economy. We could sequester so much important technology in the United States that American companies no longer participate in the international research collaborations and supply chains that fuel the world’s fastest-growing industries. If that happened, the United States would abdicate its role in setting global standards, and the U.S. innovation engine would lose its place as the world’s most attractive investment destination.

I also worry that in its effort to isolate China, the United States risks isolating itself. Plenty of countries share the U.S. diagnosis of the China problem, but not the prescriptions. No country, including some of America’s allies, will “divorce” a major nation that remains, even amid a slowdown, among the world’s fastest growing major economies.

Are we are headed towards another Cold War?

No, and I don’t believe that calling the current situation a “Cold War” is useful or accurate. As I said, China is a competitor, and a very tough one — unlike any we’ve ever faced. It has a different political system, a different political ideology, and security objectives that clash with our own.

But China is integrated into the global economy like the Soviet Union never was. It is the world’s largest manufacturer, a big exporter of capital, and the leader in building infrastructure in a number of areas. This presents a vastly different kind of challenge than the Soviet Union did.

How should the United States respond?

If we are going to compete and meet the challenge well, then we need to do some things differently. That starts here at home. We need to invest more here — in America’s military, our educational institutions, our science and engineering. Second, we need partners and allies. We need to strengthen our security and economic partnerships on every continent, but especially in Asia and Europe. And third, we need to define a new framework with China that works for the American people.

If we are going to compete and meet the challenge well, then we need to do some things differently. That starts here at home. We need to invest more here — in America’s military, our educational institutions, our science and engineering.

What does a new framework mean for ordinary Americans?

I’ll tell you this much: We won’t get security by being locked into a relentless confrontation with a country that has nuclear weapons. And we won’t get prosperity from a permanent trade war with the world’s second largest economy. And we won’t get either if we force countries, but especially our allies, to choose between us and them. So we need a tough-minded approach that stands up for American interests.

We need a new framework for the U.S.-China relationship that reflects the evolving interests of both parties. China needs to understand that what worked for the United States when China was a $200 billion economy no longer works when it has a $13 trillion economy and influence that spans the globe. China is a big player now and needs to act in ways that reflect that.

Similarly, the United States needs to recognize that China is too important to the world economy to simply dictate to. Both countries have evolving interests. But while these make the relationship more competitive and challenging, both countries also need an international system that functions – because international order is too big to fail. 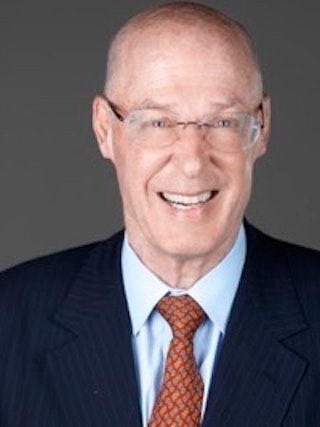 Henry M. Paulson, Jr. Former U.S. Secretary of the Treasury and Founder and Chairman of the Paulson Institute Full bio