Listening to Adam Smith, Gordon Gekko, and Dilbert: A Human Approach to Capitalism

An Essay by Alexander McCobin, CEO of Conscious Capitalism, Inc.

While capitalism faces criticism for failing to serve the people, the concept of conscious capitalism recognizes the benefits a system of free exchange has brought humanity over the last 200 years.

"The worst thing that can happen to a good cause, is not to be skillfully attacked, but to be ineptly defended."
-Frederic Bastiat

The country and the world at large are facing a crisis of division. Left vs. right. Have vs. have not. Urban vs. rural. Us vs. them. At the center of this division is what many blame for today’s ills: capitalism.

Looking at the political realm, capitalism is facing criticism from the left and the right for failing to serve their constituencies. Looking toward the future, more young people approve of socialism and disapprove of capitalism. Looking at the consequences of this crisis, the decade-long decline in entrepreneurship reveals the new preferences of Americans.

The father of free market capitalism was not originally an economist. He was a moral philosopher. Over a decade before he wrote The Wealth of Nations, he wrote The Theory of Moral Sentiments.

Smith argued that human beings have a natural inclination to care about and for fellow humans, which provides guidance for moral conduct. The economic system he later articulated expanded that moral conduct to a social scale, providing a structure for people to work with and support each other in a moral way beyond interactions with just friends and family.

For too many... capitalism means businesses maximizing profit by any means necessary. Under this paradigm, capitalism is a system of production without moral underpinnings or guardrails. Yet this is not the paradigm of capitalism Adam Smith articulated.

Today, the fundamentals of capitalism remain strong. Establishing a system of free and voluntary exchange of goods and services allows individuals to create value in ways that cannot be centrally planned. But the paradigm is wrong. The way capitalists both practice and defend capitalism are misguided.

On the one hand, capitalism has a perception problem. Gordon Gekko of Wall Street fame remains the archetypal representative of capitalism, in part because capitalists have lauded his language. The defenses offered of capitalism in the past, such as Milton Friedman’s claim that “the social responsibility of business is to maximize profit,” or Ayn Rand’s claim that selfishness is a virtue, have damaged capitalism’s brand. Both arguments oversimplify the problem and attempt to redefine the terms of the debate in a way that does not resonate with others.

On the other hand, this is not just a branding problem. It’s a substantive problem. Capitalists have been practicing capitalism in a way that does not live up to its potential to create real value for everyone. Believing the purpose of business is to maximize profits right now leads to rent-seeking and accounting manipulation rather than real value creation.

Capitalists have been practicing capitalism in a way that does not live up to its potential to create real value for everyone.

Employees who work at companies where they feel like cogs in a machine are not fulfilled by their work. Only 34 percent of U.S. workers were “actively engaged,” according to the 2018 Gallup survey results, which ties the second highest ever in Gallup’s years of surveying. There is a reason that Dilbert resonated with so many. When the most common associations people have with business are Gordon Gekko and Dilbert, it’s no wonder that we see a declining support for capitalism.

The solution is a new paradigm that emphasizes the human nature of business, a “conscious capitalism.” Conscious capitalism recognizes the benefits a system of free exchange has brought humanity over the last 200 years. Since the advent of capitalism, per capita GDP has grown by a factor of 20. Life expectancy has more than doubled. Infant mortality and illiteracy have plummeted. We are on the brink of ending extreme poverty in the world, thanks to capitalism. And as amazing as all of this is, there is even more to do. More for us as people to do. More for capitalism to offer the world.

It begins with the understanding that the purpose of business is not to maximize profit, but rather to serve a higher purpose. Profit is not a bad thing; on the contrary, it is a great thing. But it is not the end to which everything else a company does serves. Rather, profit is the byproduct of serving a higher purpose and creating value.

Profit is like red blood cells in a body: They are necessary to live, but we do not live in order to create red blood cells. The purpose of a business may be to create something good, noble, beautiful, or in service of others. Profit is the means of achieving that.

It adds in a commitment to stakeholder orientation, looking out for the interests of all stakeholders of a company. The dominant paradigm today says that shareholders are the only group that matters, all other stakeholders from employees to customers, matter in regards to the value they create for shareholders.

This is a zero-sum worldview, though, where the only way to benefit one group is to take from another. This is anathema to capitalism.

A positive-sum worldview is a foundational premise of capitalism, where we seek out mutually beneficial exchanges so that we create more value for everyone than existed before the exchange. It is possible for the interests of employees, customers, suppliers, shareholders, and the community to align with each other, and it is an imperative of business going forward to create that alignment.

A positive-sum worldview is a foundational premise of capitalism, where we seek out mutually beneficial exchanges so that we create more value for everyone than existed before the exchange.

Conscious capitalism then depends on conscious leadership to bring this about. Business leaders must be more than analytically intelligent. They are more than machines solving problems fed to them by the company. They are people who can and ought to serve as inspirational examples to others by remaining committed to the organization’s higher purpose and values.

This approach is fully lived out when businesses have conscious cultures. A business culture creates the environment and expectations of everyone in the business where they can live up to its higher purpose, carry out the company’s stakeholder orientation, and have everyone practice conscious leadership. It creates space for people to bring their full selves to work and be fulfilled by their work.

Televerde hires incarcerated women for its call center, and partners with community organizations to reduce recidivism. (via Televerde)

Companies of all sizes and in all industries provide examples of conscious capitalism in practice. As just a few examples: Look to Televerde, which hires women incarcerated in federal detention centers to provide them with training to enter society when released as well as high-quality marketing and sales services to clients. Look to driversselect, which is now EchoPark. It operates in the used car industry and grew rapidly over the past decade through a commitment to “infecting the workplace with contagious care.” And, look at LAZ Parking, one of the largest parking companies in the country, which puts dignity and respect at the center of its operations.

No company is perfect. Conscious capitalism is not about reaching a destination, but being on a journey of continuous improvement. And these companies are on the journey.

This shift is not about any single person or business adopting this perspective. It’s not the CEOs who are opposed to conscious capitalism. It’s not that the public isn’t paying attention to what business is doing. The challenge we face is systemic. So the solution must be systemic, as well.

In a divided and depressed world, conscious capitalism offers hope for unity and progress. It is a philosophy that brings people together from all walks of life, political beliefs, and backgrounds. It is not a nice to have. It is essential to a flourishing and fulfilling future for humanity. 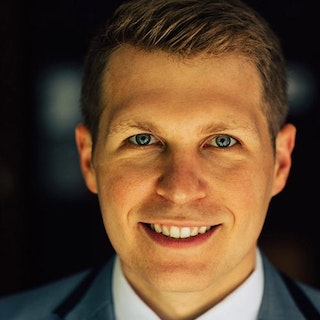