Capitalism is (Slowly) Winning Around the World

An Essay by Robert A. Lawson, Jerome M. Fullinwider Centennial Chair in Economic Freedom at the SMU Cox School of Business

Liberalism — the view that places individual citizens at the center of power by combining democracy, human rights, and economic freedom — has delivered prosperity in every place it has been allowed to exist. Recent challenges from the far left (socialism) and the far right (nationalism) have slowed liberalism's expansion, but reason for optimism remains.

Over the last two decades, Americans have witnessed the horrific terrorist attacks of 9/ 11, the creation of the Transportation Security Administration, various methods of domestic and foreign surveillance, wars in Iraq and Afghanistan, the greatest financial and economic crisis since the Great Depression, immigrant deportations and detention centers, and more recently, rising nationalism with trade wars budding among major trading partners.

It is easy to get pessimistic about the prospects for liberalism amidst all these threatening developments. I should clarify here that I use the term, liberal, in the older 19th century or current European sense to mean a free and open society that combines political freedom, civil liberty, and economic freedom.

Basically, it means a democracy that guarantees citizens’ freedoms of speech, religion, press, and thought, along with a capitalist economic system based on private property and market exchange. Liberalism is the view that places individuals as voters, citizens, and economic actors at the center of power and stands opposed both to the nationalism of the right and the socialism of the left, which place the state at the center of power.

What the rankings say

For the last 30 years, I have co-authored the Fraser Institute’s Economic Freedom of the World (EFW) annual reports. These reports provide a quantitative measure of the degree of economic freedom for up to 162 nations. A country scores highly on the EFW index if it:

This table shows the rating and ranking for the 162 nations currently in the EFW index for the year 2017. Hong Kong and Singapore, as usual, occupy the top two positions. The next highest scoring nations are New Zealand, Switzerland, United States, Ireland, United Kingdom, Canada, Australia, and Mauritius.

Those are the current scores, but what about the trend? Is capitalism winning or losing? The good news is that capitalism is still winning around the word, albeit slowly.

The good news is that capitalism is still winning around the word, albeit slowly.

In 1980, the average score on the EFW index for the 123 countries measured at the time was 6.6 (out of 10), but by 2017 the average for the same countries had risen to 6.9 points. The three-tenths of a point increase may not sound like much, but that difference represents the difference in economic freedom between a country like Mexico and one like Ghana.

We can see the improvement in almost all areas of the EFW index. In 1980, the top income tax rate in the world averaged 58.5 percent; today it averages just 29.1 percent. In the 1980s and 1990s, the world underwent a massive shift away from state-owned enterprises to privately-owned enterprises, and indeed our measurement tracking privatization has improved from a 4.31 (out of 10) to a 6.1.

Hyperinflation has also become nearly extinct in our modern world. There were 81 countries with double-digit inflation rates in 1980; today that number is just 24 and only a couple (e.g., Venezuela) have what economists would call hyperinflation.

And, of course, we live in a world with much freer trade today than we did a couple generations ago. Data from the World Trade Organization say the average tariff rate on imports has fallen from 26.0 percent to just 8.8 percent today. Less dramatically, but very importantly for those people no longer pressed into service, our data show that 53 percent of nations conscripted soldiers into military service in 1980, while only 40 percent did so in 2017. This move toward capitalism and away from socialism has been good for the people who are lucky enough to live in these liberalizing nations.

A few years ago, economist Josh Hall and I decided to look at the academic literature using the EFW index. We identified 402 articles citing one or another edition of the EFW index. Of these, 198 articles used the EFW index and/or one of its areas or components as an independent variable in an empirical (i.e., regression) model. The bulk of the papers we looked at focused on various macroeconomic variables such as GDP growth, income levels, poverty, productivity, investment spending, etc.

What’s the punch line? Two-thirds of the articles, 134 out of 198, found the EFW index to be positively related to a good outcome like faster growth or lower poverty; 28 percent (56 articles) were mixed or uncertain; and just 4 percent (8 articles out of 198) found the EFW variable to be correlated with a bad outcome like inequality.

To be sure, liberalism is being challenged today, as it always is being challenged, but we should remember and be thankful for the progress we’ve made. Even the financial crisis of 2008 was unable to permanently stem the tide of growing economic freedom in the world. By 2011, the EFW index average for the world had already recovered to its 2008 level, and has more or less steadily increased since.

What about the United States? Here the story is more mixed. At the turn of the millennium, the U.S. scored an impressive 8.69 on the EFW index, ranking behind only Hong Kong and Singapore. From 2001 onward however, the U.S. EFW score began trending downward as government spending ballooned, property rights and rule of law seemed to weaken, and regulatory burdens began to increase, often related to the wars on terrorism and drugs and later the financial crisis. Ultimately, the U.S. rating and ranking fell though the Bush and Obama years reaching a nadir in 2013 with a rating of 7.89 and a ranking as low as 12th.

But even here, there is a silver lining. The U.S. score in 2017 (8.19) has rebounded and its ranking has improved to fifth. While the EFW score today for the U.S. is much lower than its highest point, the data show the U.S. has weathered the storm and economic freedom seems back on the rise.

While there is good reason to be optimistic that the world is still moving in the direction of liberalism, and therefore more prosperity, there are two disturbing trends worth discussing. From a liberal standpoint, the rise of right-wing nationalism both in the U.S. and abroad, as evidenced by electoral victories in countries like Poland and, perhaps more controversially, in the form of Donald Trump in the United States represent a movement backward toward placing the nation-state at the center of society as opposed to the individual.

Similarly, the rise of younger voters and mainstream politicians such as Bernie Sanders and Alexandria Ocasio-Cortez who openly advocate a brand of socialism for the United States is equally alarming. Even if one accepts the need to deal with inequality or climate change, the actual record of socialist nations in terms of equality or the environment is just awful. The history of socialism tells us clearly that giving total power over the economy to government bureaucrats is not going to lead to a more equal or cleaner world.

Good old-fashioned 19th century liberalism that combines democracy, human rights, and economic freedom works. It has delivered prosperity in every place it has been allowed to exist. The good news is that our world is still becoming more democratic and more economically free and therefore richer and healthier.

Good old-fashioned 19th century liberalism that combines democracy, human rights, and economic freedom works. It has delivered prosperity in every place it has been allowed to exist.

According to HumanProgress.org, life expectancy in the world has improved 29 percent and infant mortality has fallen 72 percent since 1966. Average incomes are up 372 percent globally from $3,698 to $17,469 per person. Global poverty has never been lower. And while inequality is growing within many countries, it is falling radically across countries as poorer countries develop and catch up to the developed nations.

Hopefully, the current threats to liberalism coming from the nationalist right and the socialist left will turn out to be flashes in the pan, and we will continue to live in a freer and more prosperous world. 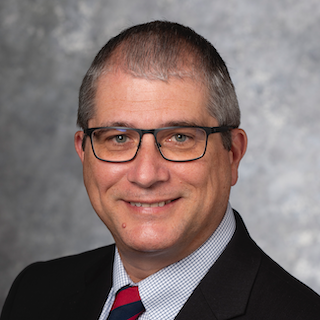 Robert A. Lawson Jerome M. Fullinwider Centennial Chair in Economic Freedom and Director of the O'Neil Center for Global Markets and Freedom at the SMU Cox School of Business Full bio