American Leadership Facing the Realities of a Changing World

Regardless of which metric is used to measure prosperity, two facts remain: the economy has been booming, but social and economic inequality among Americans has also been growing.

In the first half of the 19th century, England began to industrialize. Rapid innovation led to strong economic growth, and dramatic increases in output per worker, but for nearly 50 years, wages remained almost unchanged.

This gap in income and social opportunity – known as “Engels’ Pause” because it is the focus of an 1844 essay by Karl Marx’s intellectual partner Friedrich Engels – fueled the emergence of Marxism and contributed to the series of revolutions, coups, and civil conflicts that characterized the second half of the century in England, France, Germany, and other European countries.

Historical analogies can be misleading, but this gap between productivity and wages is strikingly similar to the evolution of productivity and wages in the United States over the past 40 years. For this reason, Engels’ Pause was on my mind as I listened to and participated in the discussions at the Bush Center’s Forum on Leadership in April.

Not, of course, because the spirit of Karl Marx was present there – that would have been unexpected, even given the event’s forthright inclusion of a broad range of views – but because so much of the conversation was about rapid technological change and its social and economic implications.  As former Treasury Secretary Hank Paulson said in his comments during one of the panel discussions, this level of inequality has significant potential to destabilize any democracy.

This level of [social and economic] inequality has significant potential to destabilize any democracy.

Vicarious Co-founder Scott Phoenix presented his work on artificial intelligence (AI) and robotics, arguing that AI is a long way from the kind of creative thought that comes naturally to humans. Yet it is clear that the development of AI has been rapid and it has already disrupted economic models that seemed rock-solid not too long ago. Dr. Eric Olson’s presentation on his research into the genetics of heart disease – and how the genome might be edited to prevent heart disease and other congenital conditions – gave a listener hope that science can and will make humanity healthier and happier. At the same time, the ethical issues and potential for abuse of these and other technological advances seem for the moment to be beyond our ability to fully grasp.

These innovations, like those driving early industrialization two centuries ago, are doing more than just introducing new products and eliminating old ones, or opening new opportunities to work and eliminating old ones. They are changing the very nature of work, creating new relationships between worker and employer, and disrupting communities as people move in search of opportunity.

This kind of change is more profound than simply introduction of a new technology. A new economic paradigm like the one whose emergence we are witnessing ripples through society, changing power relationships, changing the nature of government, even touching relationships between men and women, parents and children, ethnic groups and faiths. Jeff Bezos’ comments at the Forum about how Amazon adds value, not when it makes a sale, but when it helps its customers make a choice, show the fundamental, yet prosaic, ways in which relationships and business models are in flux.

A new economic paradigm like the one whose emergence we are witnessing ripples through society, changing power relationships, changing the nature of government, even touching relationships between men and women, parents and children, ethnic groups and faiths.

Moreover, as in Europe in the 19th century, these developments are rearranging international power relationships. China, for one, is emerging as an industrial power and this is having disruptive impacts on the United States and other advanced economies. India, Brazil, Nigeria, and others are industrializing, which is creating new power relationships throughout the world. The stakes are high, given the implications of Germany’s quest for a place among the great nations a century ago.

The rest of the story of Engels’ Pause is that the yawning gap between productivity and wages that developed in the first half of the 19th century lessened in the second half, as education and training caught up and the labor force became more sophisticated and better adapted to the demands of the new technologies. By 1900, wages in England were again rising at the same pace as output per worker. But social and international conflict continued for another half century, as Germany, Russia, China, and other countries grappled with their own “Engels’ Pauses.”

As an economist and – yes, I said it at the Forum and I’ll say it again – a globalist, I have a lot of confidence in the entrepreneurial spirit of Americans. I think we will find a new path to growth, upgrade our workforce’s skills, and ultimately the wage-productivity gap will close.

I see harbingers of this outcome whenever I visit an innovative, nimble company applying new technological solutions to reducing costs and competing in an unforgiving global market. Or a university full of smart, vigorous people of all ages wrestling intelligently with tough problems and, often in multi-ethnic, -generational, -national and –gender teams, coming up with answers nobody expected.

But, can we wait 50 years for our own Engels’ Pause to be overcome? Or are we condemned to repeat the last century’s experience of social and international conflict? We are a great and sovereign nation, and we hold our fate in our own hands. Smart policy that deals forthrightly with the realities of the global market and geopolitics, that is driven by a vision that sees over the horizon of the moment, can make the difference. May we have the wherewithal to learn from the mistakes of the past.

Smart policy that deals forthrightly with the realities of the global market and geopolitics, that is driven by a vision that sees over the horizon of the moment, can make the difference. 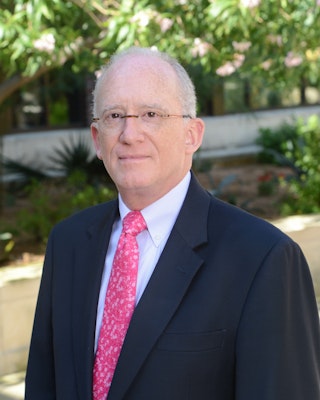