An Essay by Andrew Kaufmann, Digital Editor of The Catalyst and Deputy Director of External Affairs at the George W. Bush Presidential Center

Bush Center leadership award winners Jan Pruitt, Blayne Smith, and Bono prove that leaders use the resources they have available to them – no matter what those resources are – to make a difference.

Bono on stage with U2 on June 29, 2017 in East Rutherford, New Jersey. (Taylor Hill/FilmMagic)

Bono is famous for his powerful voice.  When he belts out the chorus to “Where the Streets Have No Name” or joyously proclaims that it is a “Beautiful Day,” stadiums filled with 100,000 or more fans feel the notes to their very core. But Bono doesn’t use that powerful voice only for music, rather, he also uses it to attack problems on a global scale.  He lent his voice to millions in Africa, making sure the world could hear the pleas for help from a continent in the midst of an epidemic.

Blayne Smith and and the late Jan Pruitt didn’t sing for the biggest rock band in the world, but their voices have been every bit as powerful Bono’s.  Alongside Bono, they were honored for their profound impact on communities (sadly, Mrs. Pruitt was honored posthumously) at the Bush Center’s Forum on Leadership.

But what makes Smith and Pruitt so special as leaders is that they looked at the world directly around them, saw an area they could make a difference, then worked tirelessly to spread their vision so that it could become reality. Their spirit of service is an inspiration to others who say, “What can I do?  I’m just one person.”  Smith and Pruitt didn’t have big budgets, but that didn’t slow down their commitment. They found what they could do, did it, then asked “How can I do more?” And through their work, they both impacted countless lives in their corner of the world.

Smith and Pruitt didn’t have big budgets, but that didn’t slow down their commitment. They found what they could do, did it, then asked “How can I do more?”

For Jan Pruitt, who was awarded the Trailblazer Citation from the George W. Bush Institute, her corner of influence was her hometown of Dallas and the North Texas region. She saw an immediate need and a problem worth solving: too many families in North Texas went to bed hungry at night. She started off by helping to collect canned food through her church, but her drive and passion for solving hunger meant that she wouldn’t be satisfied feeding a few families.  She wanted to feed every hungry person in the region. She moved to the North Texas Food Bank, which under her leadership became so efficient and effective that it distributed 70 million meals last year – and serves as a model for other food banks across the nation.

“Because of Jan’s leadership, early on, the Food Bank understood that they had to challenge themselves in ways that they never had considered before,” said Teresa Jackson, CEO of Sharing Life Community Outreach. “Her passion to make sure people were fed, and fed well with nutritious food, never let up.”

Blayne Smith’s corner of influence world wasn’t geographic, but rather, encompassed his compatriots in the U.S. Armed Forces.

As an Army Special Forces Team Leader deployed in combat zones in Afghanistan, Smith led men and women in one of the most dangerous places on Earth.  And like too many other warriors, he witnessed close friends fall in battle.  When he returned home, his transition to civilian life was wracked with challenges – he was at times a man that even he didn’t recognize.  But his healing began as he found purpose becoming active as a civilian doing what he did best in uniform: leading service men and women.

The first employee of Team RWB, Smith realized he could help veterans find their purpose and transition to civilian life as he had struggled to do.  With Smith as executive director, Team RWB grew into one of the nation’s most respected peer-based, veteran-serving non-profit organizations.  He was awarded the George W. Bush Institute Military Service Citation for his dedication to ensuring our talented and dedicated warriors thrive when they return home.

Of course, it never hurts to have a world-admired celebrity on your side, particularly one that takes saving lives as seriously as Bono.

Like President George W. Bush, Bono saw the health crisis in Africa and saw a pathway to saving millions of lives – turning the two into unlikely allies. Bono, the first recipient of the George W. Bush Medal for Distinguished Leadership, used his influence on the global stage as a pop icon to point a spotlight on the plight of the African continent not just by raising awareness in arenas between songs but by aggressively working with world leaders to make sure they took action.

“The truth of the matter is it [PEPFAR, the President’s Emergency Plan for AIDS Relief] never would have made it out of Congress had you not been engaged,” President Bush told Bono during the Forum on Leadership.  PEPFAR went on to be credited with saving over 13 million lives in Africa.

“The truth of the matter is it [PEPFAR, the President’s Emergency Plan for AIDS Relief] never would have made it out of Congress had you [Bono] not been engaged.”
–President George W. Bush

True leaders use the resources they have available – be it capital, influence, time, knowledge, or simply determination – to accomplish goals that better the world around them. Bono used his influence to save lives. Jan Pruitt used her determination and will to feed a community.  Blayne Smith used his knowledge of the mind of a veteran to find ways to get the most out of their unique abilities.

When we all follow that model, we combine don’t just make ripples in an ocean – we make waves. 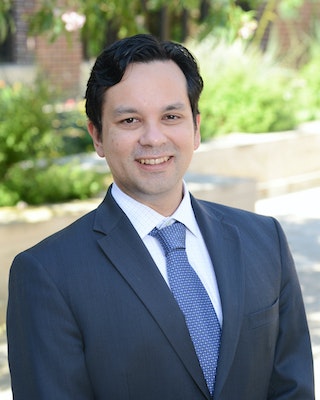