Democracy, Technology, and the Middle Class Could Reshape Africa

An Essay by Jonathan Rosenthal, Africa Editor, The Economist

Africa is still a continent in transition. While progress is being made, challenges persist.  But new technology in communications and in electricity are beginning to boost the African middle class.

People have no money,” grumbles a dejected Stetson-wearing farmer as he points to two scrawny goats in a dusty market about 15 miles from Kigali, Rwanda’s capital. Here in the countryside, where some 75% of Rwandans earn a living from farming, incomes have been hit by the poor rains that have withered this year’s crops. Similar stories are being told across much of the rest of sub-Saharan Africa, where weak commodity prices and failed rains have caused economies to all but grind to a halt.

In 2016 sub-Saharan Africa’s economy expanded by just 1.4%, its slowest pace in two decades. It is a far cry from the average growth rate of 5% over the 10 years from 2005, when Africa was counted among the world’s fastest-growing continents.

Factor in population growth of about 3% a year and last year was also the first time in 20 years that per-capita incomes in Africa declined. A continent that just a few years ago had seemed to be on the rise, sucking in foreign investment at a record rate, is now stalling.

In 2016 sub-Saharan Africa’s economy expanded by just 1.4%, its slowest pace in two decades. It is a far cry from the average growth rate of 5% over the 10 years from 2005, when Africa was counted among the world’s fastest-growing continents.

Its main engines of growth, Nigeria and South Africa, have both slumped into recession. The International Monetary Fund forecasts growth of just 2.6% in 2017 and a rate only barely above population growth in 2016.

Africa’s prolonged downturn puts at risk the remarkable progress that has been made in lifting people out of poverty and in improving their health and education. The scale of these achievements should not be underestimated.

A study by the World Bank found that the share of Africa’s population who are extremely poor fell from 56% in 1990, at the end of the Cold War, to 43% in 2012 (although because of Africa’s fast-growing population the number of poor people has increased). Many more of the poor are now able to send their children to school, where enrollment rates are up to about 80%. More impressive are the gains in health: child mortality, for instance, has fallen by almost half since 1990.

These broad economic and social gains have been accompanied and assisted by a steady march of democracy and improved governance. Freedom House, a think-tank, classified only about 30% of sub-Saharan African countries as “free” or “partly free” in 1973. Now that tally stands at almost 60%.

That may be a big improvement, but it also reflects recent slippage. In 2008 it stood at 71%. Countries that until recently were held up as models of the move from single-party socialist rule to multi-party democracies such as Zambia are sliding dangerously back into authoritarianism.

Yet look beyond the headlines of slumping economies and assaults on democracy, and several powerful and mutually reinforcing trends become evident. Given time they promise to transform Africa’s economies and political systems for the better.

The first is the nascent emergence of a middle class, filling in a long-standing gap between the very rich and very poor in Africa. Economists disagree about the size of this middle class, and the speed at which it is growing.

The African Development Bank, in an influential if controversial report in 2011, estimated that some 350 million people, or almost a third of the population, could be classified as middle class. But its broad definition included a floating group of people earning between $2 and $4 a day, many of whose incomes are likely to have been hit by the recent economic dip. The Pew Research Center, which set its threshold at those earning $10-$20 a day, reckons that just 6% of Africans are middle class.

In Nigeria and Angola, for instance, small elites were able to syphon off much of income that came from exporting oil. The constant flow of dollars from oil inflated their currencies, making it cheaper to import goods than to make them and cheaper to buy food abroad than to grow it at home.

The middle class may be small but there are good reasons to expect it to grow rapidly in the next few years. This is because economies that once depended upon commodities such as oil or farming are starting to diversify.

Yet lower oil prices have forced Nigeria to allow its currency to fall, which in turn is encouraging investment in farms and processing plants. A country that once imported almost everything, including toothpicks, is now learning to make its own. If it continues to allow its economy to adjust, it will generate millions of new jobs in farming, food processing, and manufacturing.

Similar middle-class jobs are springing up in Africa as clothing and textile manufacturers look for new sources of labor that are competitive with China and India, where wages are rising fast. Since 1999, exports of clothing and textiles have more than doubled from East Africa, helped in part by the region’s preferential access to markets in Europe and the United States under laws such as the Africa Growth and Opportunity Act.

Africa's urban middle class may still be incipient, but its voice is already being felt in politics. Nick Cheesman of Oxford University has found that in Kenya, the richer people are the more likely they are to support democracy and to vote for opposition parties.

This seems to hold true across large parts of the continent where in large cities there seems to be greater demand for clean and accountable government and public services. Opposition parties have wrestled control of city governments away from national ruling parties in Uganda, Kenya, Tanzania, and South Africa.

People walking past a wall of election campaign posters in Narok County, Kenya in the run-up to the national elections in August 2017. (Stephen Butler / Shutterstock)

The second key trend promising to transform Africa’s economies and political systems comes from the technological leap frogs that are taking place. Take Nigeria. In 1999, the government-owned telecommunications utility had an installed base of just 450,000 phones, of which as many as a third were broken. Yet after the government liberalized the industry it touched off an explosion in access. Within six years, 38 million mobile phones were in use. Now there is almost one in use for every Nigerian.

The rapid spread of phones has provided fertile ground for new innovations. In Kenya most of the population now have access to financial services through their phones. And innovation begets innovation. Thanks to mobile money, a technological revolution is about to take place in the field of power.

At the moment some 600 million people in Africa have no access to electricity. Even in places that are wired up to the grid, supplies are erratic, forcing companies and consumers to also invest in costly generators to provide back-up supplies that often run for more of the day than the official supply. The World Bank reckons that the costs of this may be trimming as much as 2 percentage points from Africa’s annual economic growth rate.

The burden of this on the poor is particularly acute. Many of those without power spend as much as $140 a year on kerosene for lighting and another 15-20 cents each time they want to charge their phones.

Yet a combination of falling costs for solar energy and innovations in mobile money have led to the spectacular growth of off-grid energy systems. A number of private companies in East and West Africa have gone into the business of supplying small power systems that consist of a solar panel, a battery, lights, and electrical devices such as televisions and phone chargers.

Their customers would not be able to afford the upfront costs of about $250 to buy these systems themselves. Instead they pay weekly or monthly using mobile money.

Whereas on current trends it would take until 2080 (and cost $55 billion a year) to link all Africans to the electricity grid, the new technology is rapidly overtaking the rate of grid-electrification. There are probably close to 1 million homes now powered by off-grid systems and that number is likely to double every 12-18 months.

Whereas on current trends it would take until 2080 to link all Africans to the electricity grid, the new technology is rapidly overtaking the rate of grid-electrification. There are probably close to 1 million homes now powered by off-grid systems and that number is likely to double every 12-18 months.

With power, people are able to switch to smartphones that need charging daily, instead of weekly. And with smartphones, which now cost as little as $30 in many African countries, they get access to the internet and social media. And these are proving to be powerful tools for democratization.

A Congolese voter uses his mobile phone to make some light for officials at the opening of the polling station for presidential elections in Brazzaville on March 20, 2016. (Marco Longari/AFP/Getty Images)

When Nigerians went to the polls in March 2015 they did so in the face of blatant attempts to rig the national election by both the ruling party and opposition. Ballot boxes were stuffed, bags of cash changed hands and false counts were submitted.

But the harm inflicted was limited by the presence of an army of volunteers and monitors keeping an eye on polling stations. Many used their smartphones to take photos of the results recorded at each counting station and posted them on social media, making it difficult for the officials to subsequently alter the result.

Other volunteers submitted the results to the parallel vote count run by the Transition Monitoring Group, a non-government organization, that helped flag instances of ballot-box stuffing. Thanks to a concerned citizenry that was enabled by technology, Nigeria experienced its first transition in which an incumbent president was peacefully removed at the ballot box.

These social and technological forces are still gathering strength and may yet be deflected by a prolonged economic downturn or drift towards autocratic rule. Yet if they are able to establish themselves, they hold the promise to reshape Africa. 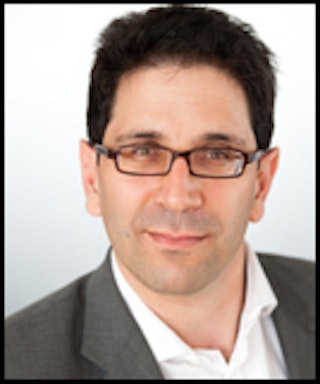